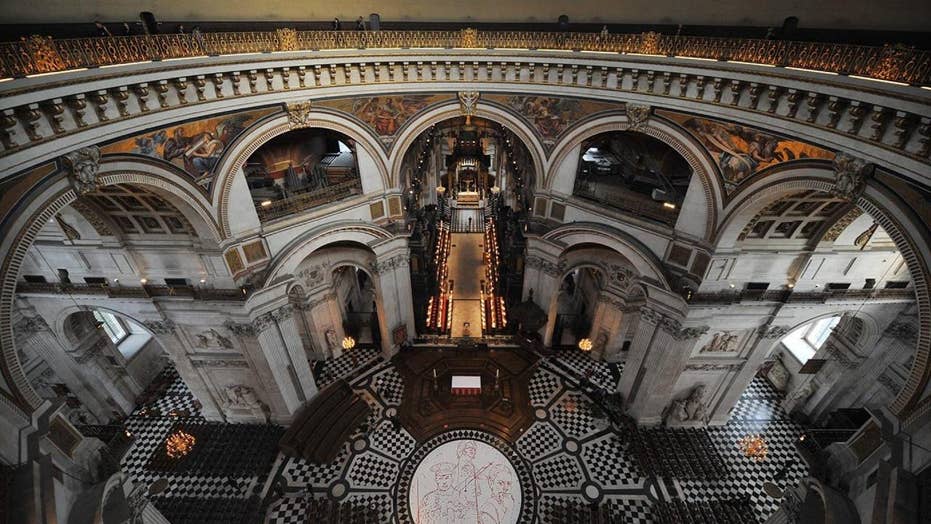 A teenager in Britain fell to his death Monday from the whispering gallery inside St Paul's Cathedral in London.

A teenager in Britain fell to his death Monday from the whispering gallery inside St Paul's Cathedral in London.

Police and paramedics arrived shortly to the scene, but couldn’t save the life of the man in his late teens after falling from about 98 feet high to the floor.

Police said the death isn’t being treated as suspicious.

“We were called to St Paul's Cathedral on Monday 1 April 2019 at 15:57 to a report of a male in his late teens who had fallen from the gallery within the building,” police said in a statement, according to Sky News.

"The Helicopter Emergency Medical Service (HEMS) and police officers attended. His death is not being treated as suspicious,” it added.

A London Ambulance Service spokesperson told the broadcaster: "We were called at 3:58pm yesterday (1 April) to reports of an incident on St Paul's Churchyard, City of London.

“We sent a number of resources to the scene including an incident response officer and London's Air Ambulance. Sadly, despite the efforts of medics, a person died at the scene.”

The whispering gallery runs around the interior of the building and gives the overview of the cathedral. The cathedral was closed on Monday following the death of the man, but it reopened on Tuesday.​

This isn’t the first death of such kind at the cathedral. In October 2017, Lidia Dragescu, a 23-year-old figure skater also fell from the gallery.