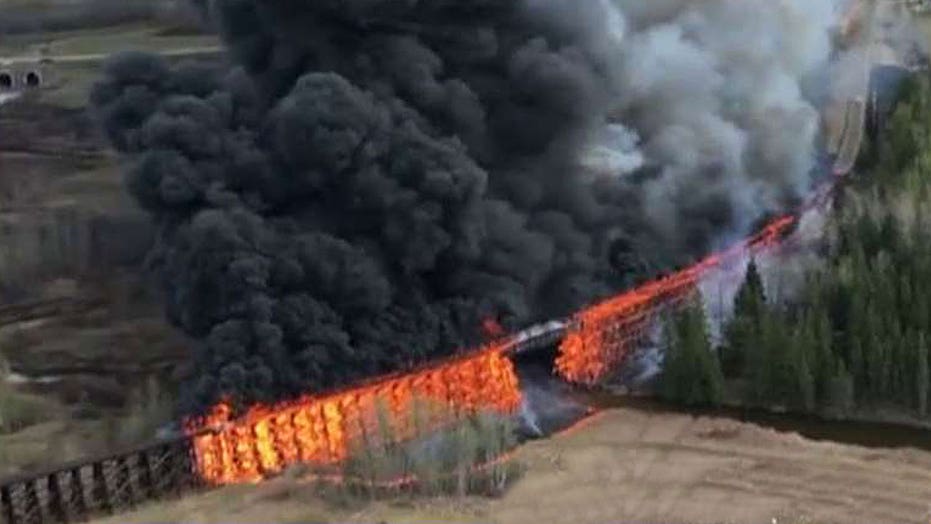 A teenage volunteer firefighter is facing 18 counts of arson in Canada after an investigation found he set several of the fires he helped extinguish, CTV News reports.

Lawson Michael Schalm, 19, was charged in connection with a string of fires in the small town of Mayerthorpe in Alberta, including one blaze that destroyed a historic bridge last Tuesday. That fire forced the evacuation of two schools and a trailer park, and took about three dozen firefighters and helicopters to extinguish.

According to the Mayerthorpe fire chief, Schalm joined the department as a cadet when he was 15 years old. He was 18 months into his junior volunteer firefighter training when police arrested him.

“I try not to take it personally,” Chief Randy Schroeder told local media. “I’m struggling, like a lot of our members, with ‘why’ and ‘how’ and ‘what did we miss?’”

Schalm’s father, Albert, said he was also in “total shock” after hearing about the charges, but added that he stands by his son no matter the case's outcome.

“Lawson will always have a place at my table. I will never throw him under a bus,” he told CTV.

The town’s mayor called Schalm’s arrest a “sad day” but added she is glad he has been apprehended.

Schalm will remain in custody until his first court appearance on May 4.