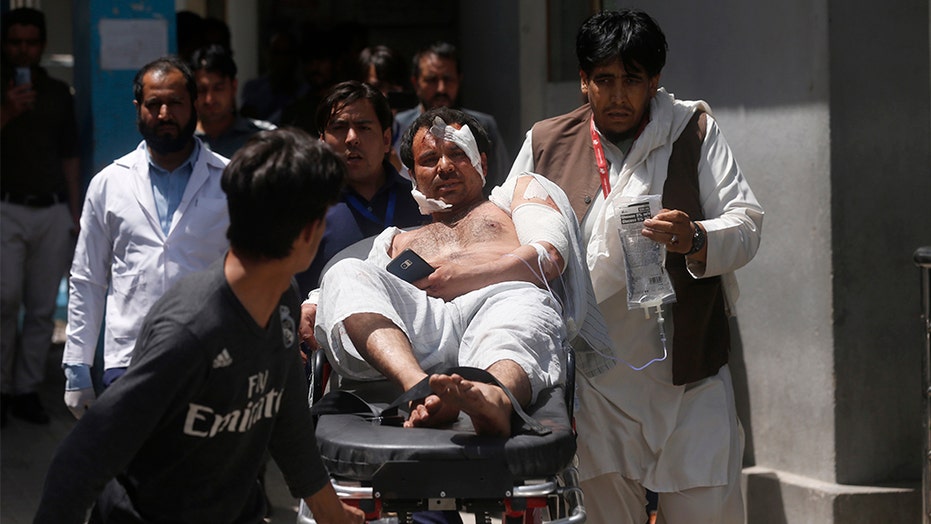 A suicide car-bomb attack struck the heart of Afghanistan again Wednesday, killing at least 14 people and injured a further 145.

The morning rush hour onslaught – which targeted a police station in the capital of Kabul and was swiftly claimed by the Taliban – took the lives of four police officers while the rest were civilians, with women and children among the dead, the government stated. Images showed scores of people being carted from the carnage to nearby hospitals and expressions of exhausted devastation from within the remnants of the blast.

A Taliban spokesperson, according to Reuters, said in a statement that their forces had bombed a “recruitment center” and boasted that a “large number of soldiers and police were killed or wounded.”

Afghans are seen through a shattered glass of a transport bus broken after an explosion in Kabul, Afghanistan, Wednesday, Aug. 7, 2019. (AP)

“Again a Taliban suicide attack in Kabul targets a civilian area that resulted in harming of so many innocents,” a representative for President Ashraf Ghani, Seqiq Sediqqi, said on Twitter. “Continued Taliban attacks indicate that they have no commitment to peace.”

The ongoing peace negotiations in Doha some 4,000 miles away – in which both U.S. and Taliban representatives have touted to be making positive progress – has not curbed the bloodletting, raising skepticism over whether the Taliban can be trusted to carry through with any inked agreement.

A wounded man is carried to an ambulance after an explosion in Kabul, Afghanistan. A suicide car bomber targeted the police headquarters in a minority Shiite neighborhood in western Kabul on Wednesday, setting off a huge explosion that wounded dozens of people, Afghan officials said.  (AP)

The U.N. Assistance Mission to Afghanistan documented that some 3,812 civilians had been killed or wounded in just the first half of 2019 and that 2018 had been the most lethal year of all – more than 3800 dead, more than 7000 severely hurt.

Meanwhile, Zalmay Khalilzad, the Afghanistan-born, U.S. peace envoy has stated that he is optimistic a final accord will be drawn up by September 1 with which around 70 percent of the 20,000 NATO forces – 14,000 of whom are Americans – would then leave the country.