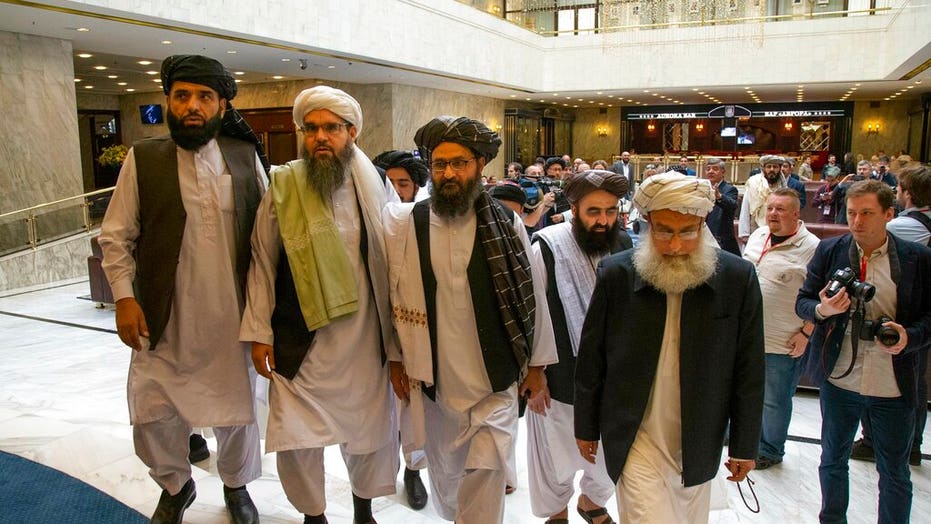 A Taliban negotiating team arrived in Russia on Friday, less than a week after President Trump announced that peace talks with the Islamic militant group in Afghanistan were essentially "dead."

The trip, led by Mullah Sher Mohammad Stanikzai, was the Taliban's first international visit following the collapse of talks with Washington.

The Russian state news agency Tass, citing the Taliban's Qatari-based spokesman, Suhail Shaheen, reported that the delegation had met with Zamir Kabulov, Russian President Vladimir Putin's envoy to Afghanistan. A Taliban official confirmed the visit to The Associated Press on condition of anonymity.

Russia has been accused of aiding the Taliban as a safeguard against a burgeoning affiliate of the Islamic State (ISIS) that has close ties to the Islamic Movement of Afghanistan, a militant group in Central Asia. Russia has stepped up its defenses in Central Asia and has claimed thousands of ISIS fighters were in northern Afghanistan

Moscow has twice this year hosted meetings between the Taliban and prominent Afghan personalities.

MARK LEVIN: 9/11 ANNIVERSARY IS REMINDER WHY US SHOULD NEVER INVITE TALIBAN HERE

On Saturday, Trump announced he had called off secret meetings with Afghan government leaders and Taliban officials that were to take place at Camp David. The president noted that the Taliban had claimed responsibility for a recent attack in Kabul that left 12 dead, including an American soldier."

"What kind of people would kill so many in order to seemingly strengthen their bargaining position?" Trump asked in a statement on Twitter, before adding that if the Taliban cannot agree to a cease-fire, "then they probably don’t have the power to negotiate a meaningful agreement anyway."

While Washington has been seeking an exit to its longest war, the Taliban are at their strongest since their ouster in 2001 and hold sway over more than half the country, staging near-daily, deadly attacks across Afghanistan.

Earlier this year, the U.S. released a statement -- signed by the U.S., China and Russia -- supporting the efforts of peace envoy Zalmay Khalilzad. It called for an agreement on troop withdrawal, Taliban antiterrorism guarantees, and a promise of intra-Afghan talks on the nation's fate and cease-fire terms.