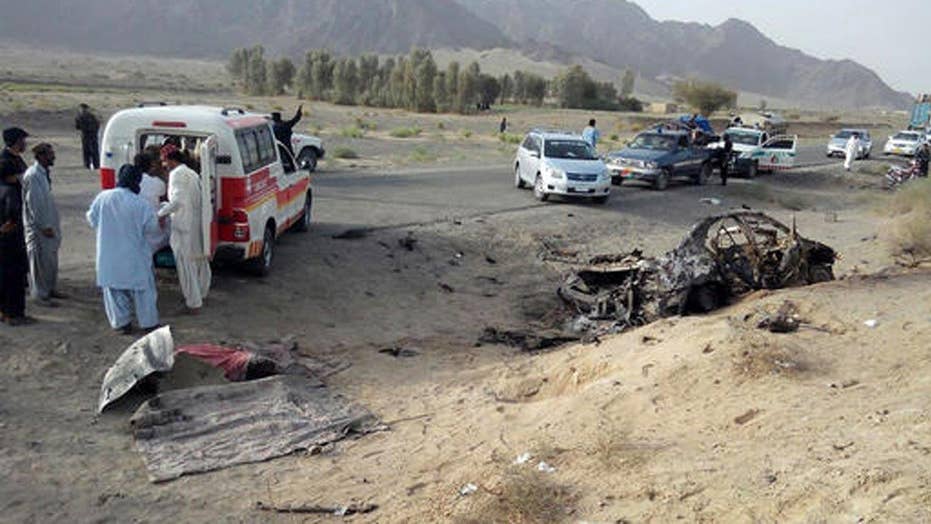 Does Taliban leader's death open the door to peace talks?

Taliban gunmen have killed 12 people they captured in recent ambushes, including policemen and soldiers, in Afghanistan's restive southeastern Ghazni province, an official said on Wednesday.

All 12 had been abducted from their vehicles after being ambushed at different times this month as they drove along a major highway, said Gulam Mohammad Tahiri of the Afgan Army's 203 Corps.

The dead included seven policemen, three soldiers and two officials with the national spy agency, Tahiri said, adding that the killings took place on Tuesday in the province's Andar district where the Taliban conducted what he described as a "ceremony" and forced local people to watch the killings.

"They also invited other groups of Taliban to see the shootings, so there were about 250 Taliban present," he said.

The abductions took place at different times on the highway linking Paktika province, which borders Pakistan, and the Afghan capital, Kabul, he said.

Taliban gunmen are increasingly staging ambushes on provincial highways and main roads in their war -- now in its 15th year -- to overthrow the Kabul government.

Elsewhere in the south, four policemen were killed and two were abducted by insurgents late on Tuesday in Uruzgan province, where the Taliban have become increasingly active, an official said.

The governor of the Gizab district, Abdullah Jan, said the insurgents had attacked police checkpoints. A Taliban spokesman claimed responsibility for the incident.