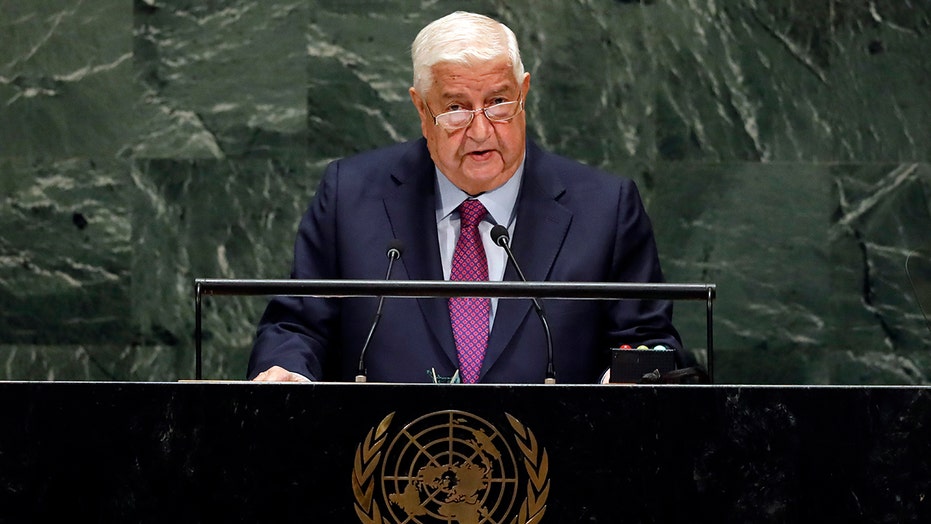 Syria’s foreign minister on Saturday demanded the withdrawal of all U.S. and Turkish troops, warning that the Syrian government had the right to take "countermeasures" if they remain.

Walid al-Moallem made the demand in an address at the U.N General Assembly Saturday.

There are about 1,000 U.S. troops in Syria to battle Islamic State militants. Turkey has forces in Syria targeting ISIS and Kurdish fighters.

POMPEO ACCUSES SYRIA OF USING CHEMICAL WEAPONS IN MAY ATTACK

"The United States and Turkey maintain an illegal military presence in northern Syria." al-Moallem told the U.N. General Assembly on Saturday. "Any foreign forces operating in our territories without our authorization are occupying forces and should withdraw immediately." 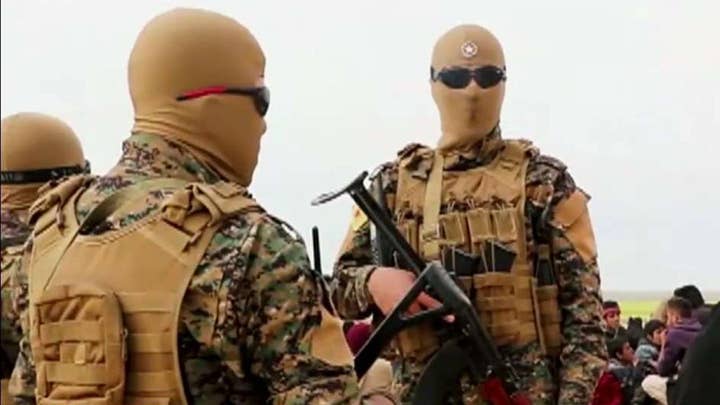 “If they refuse, we have the right to take any and all countermeasures authorized under international law,” he said.

Most of the country has returned to government control. But rebels and extremists still hold Idlib in the northwest, and the oil-rich northeast, held by U.S.-backed Kurdish groups.