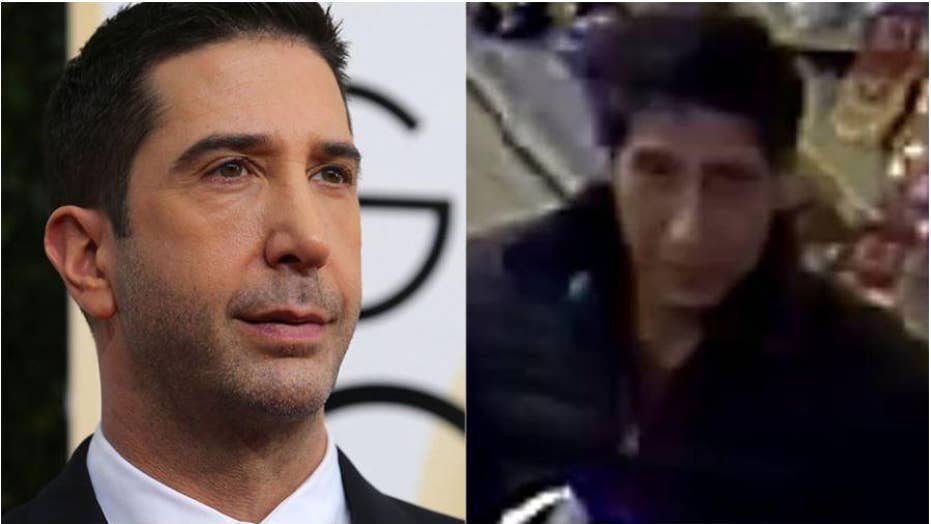 A photo of a suspected thief went viral Tuesday because the man bears a shocking resemblance to “Friends” star David Schwimmer.

Police in Blackpool, England, posted the photo on their Facebook page of the suspect in a store carrying a case of beer. The man is wanted for stealing a jacket, wallet and cellphone from a restaurant. Authorities were asking the public to help identify the suspect.

Fans of the 1994-2004 sitcom said they knew exactly who the alleged thief was – Ross Geller. Many people began making “Friends” jokes because the suspect looked like Schwimmer, who played Ross on the show.

“I don't think it's been this guy's day, his week, his month or even his year,” one fan wrote in one of the 101,000 comments that were left on the post, according to the BBC. (Many of the comments made references to the show's theme song, "I'll Be There For You," by the Rembrandts.)

“I'm surprised you've not found him... it's like you're always stuck in second gear,” another person wrote.

However, Blackpool police confirmed that Schwimmer is off the hook. He was in the U.S. at the time of the theft.

“Thank you to everyone for your speedy responses,” police said. “We have investigated this matter thoroughly and have confirmed that David Schwimmer was in America on this date. We're so sorry it has to be this way.”