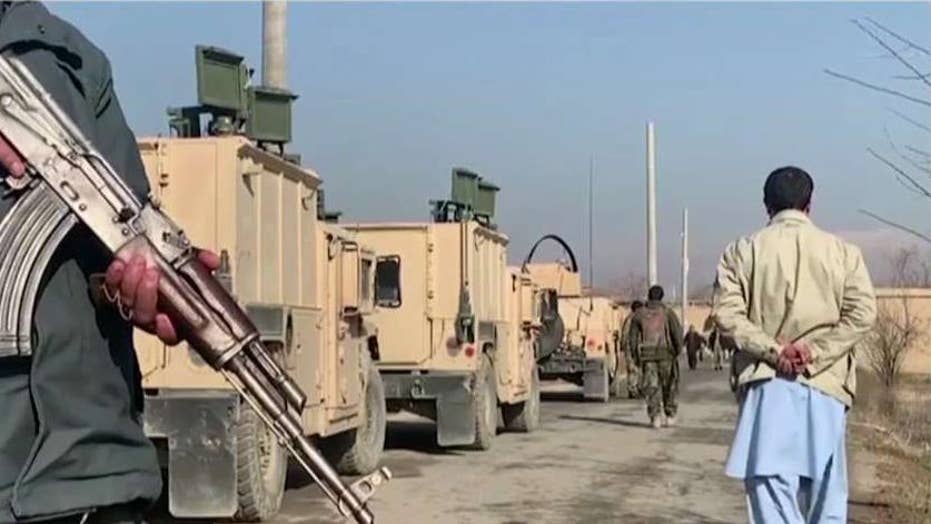 Two civilians were killed and more than 70 people were wounded in a suicide bombing for which the Taliban claimed responsibility Wednesday, targeting an under-construction medical facility near Bagram Air Base, the main American base north of the Afghan capital, the U.S. military said.

The attack, which struck the facility being built to help Afghan people living in the area, was isolated to the clinical building and "the defensive perimeter was never breached or compromised," a spokesperson for Resolute Support told Fox News.

All terrorist insurgents were killed and Taliban fighters who remained after the attack were later killed in a series of airstrikes. No U.S. troops were hurt but some service members were evaluated for minor injuries as a result of the initial attack, an American military spokesperson told Fox News.

The attack unfolded just days after the U.S. resumed peace talks with the terrorist organization, which has kept a stronghold over nearly half of Afghanistan, staging regular deadly attacks that have targeted foreign and Afghan forces, as well as Kabul government officials.

Damaged shops are seen after an attack near Bagram Air Base in Kabul, Afghanistan, on Wednesday. (AP)

Outside the sprawling base, several homes, mostly belonging to the poor, were destroyed. A large mosque in the area also suffered significant damage.

Shortly after the bombing, Afghan troops, special forces and intelligence officers cordoned off the perimeter of the base with armored personnel carriers. Heavily armed soldiers kept people far from the gates to the air base.

Within minutes of the suicide bombing, U.S. fighter aircraft bombed the area, according to witnesses

Earlier reports suggested a U.S. military convoy might have been the target of Wednesday's attack.

Dr. Abdul Qasim Sangin, who has headed the main hospital in the province, said the hospital near the perimeter of the base was on fire. It wasn't immediately clear if any foreigners were inside the hospital.

Security standing guard near the site of attack near Bagram Air Base. (AP Photo/Rahmat Gul)

Sangin said his hospital received six wounded people, all Afghans. Five were in stable condition and one was critical, he said. Medics treated and released scores of others at the scene. Most were suffering cuts and bruises from flying glass and debris.