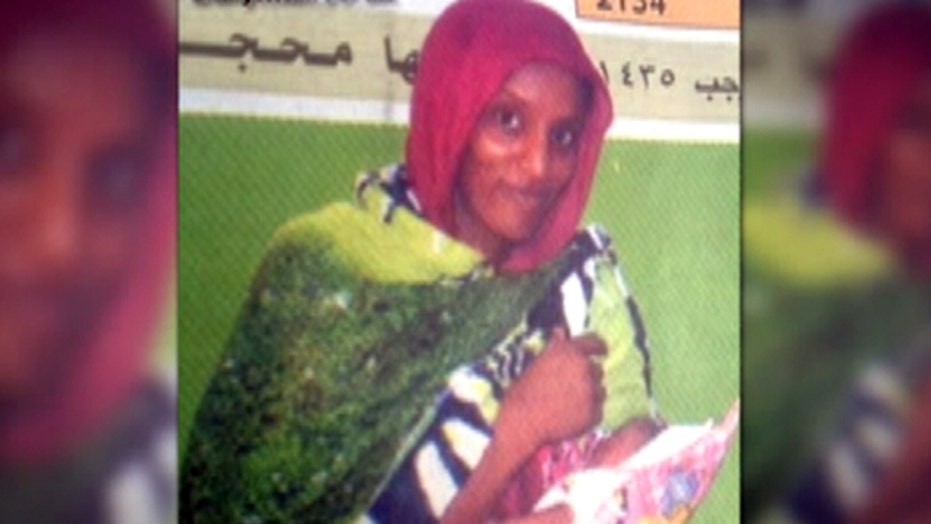 The Sudanese woman sentenced to death earlier this month after refusing to renounce her Christian faith will reportedly be freed in the next few days.

A foreign ministry official told the BBC that Meriam Ibrahim, 27, is guaranteed religious freedom in the country, despite a judge's earlier ruling that she should be hanged for apostasy.

Ibrahim gave birth to a girl early Tuesday at a prison clinic in Omdurman, near Khartoum, one of her attorneys told FoxNews.com by phone.

She also faces 100 lashes for adultery – for being intimate with her husband, Daniel Wani, who fled to the United States as a child to escape the civil war in southern Sudan, but later returned.

International outrage against Ibrahim’s sentence has grown significantly in recent weeks, as more than a million people signed online petitions protesting the sentence. One such effort on Change.org has garnered more than 630,000 signatures as of Friday, and Amnesty International officials have characterized the punishment doled out by a judge to be a “flagrant breach” of international human rights law. It’s also a violation of Sudan’s own Constitution, according to the State Department.

It is not clear what diplomatic pressure the U.S. can bring to bear on Khartoum. Although American taxpayers send roughly $300 million per year in economic aid, the help is largely in the form of food and medicine. Cutting it off would only hurt the people, and not the regime of President Omar al-Bashir, who has been indicted as a war criminal by the International Criminal Court.