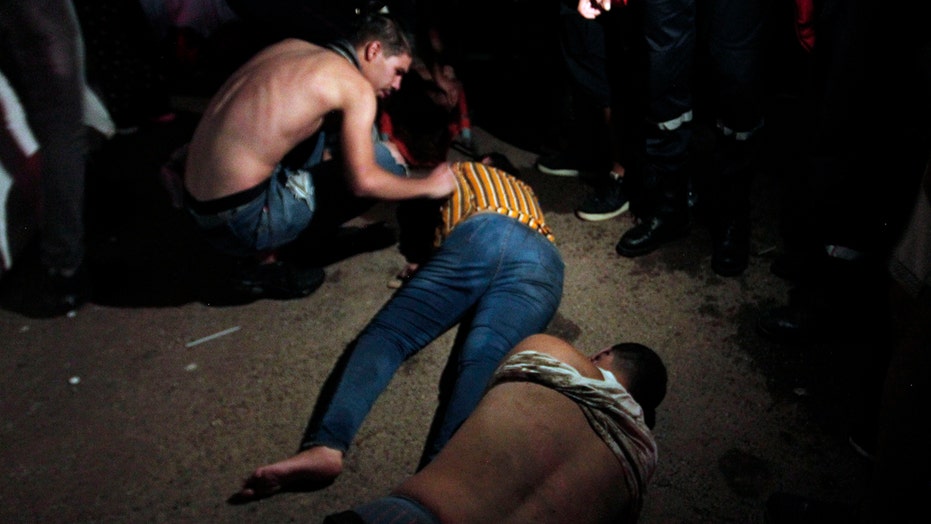 Five people are dead, including a 13-year-old, after a stampede at a concert in Algeria's capital injured at least 21 people, prompting prosecutors to open an investigation.

The victims, aged 13 to 22, were killed when a stampede erupted at sports stadium in Algiers where popular rapper Abderraouf Derradji, more commonly known as Soolking, was set to perform, prosecutors said in a statement Friday.

A man is evacuated during a concert by Algerian rap artist Abderraouf Derradji's, known as Soolking, at a stadium in Algiers, Thursday, Aug. 22, 2019. (AP Photo/Fateh Guidoum)

The incident was said to have happened at the front entrance before the artist took stage.

Some 21 other people were taken to the hospital after being trampled, the BBC reported. The victims were also identified as three males and two females.

Thousands of people appeared Friday night to see the popular Algerian rapper perform. The concert continued as planned and was even aired on live TV.

The prosecuting office in Sidi M’Hamed, a municipality in Algiers province, announced that officials have launched an investigation into the stampede to determine what circumstances led to the incident.