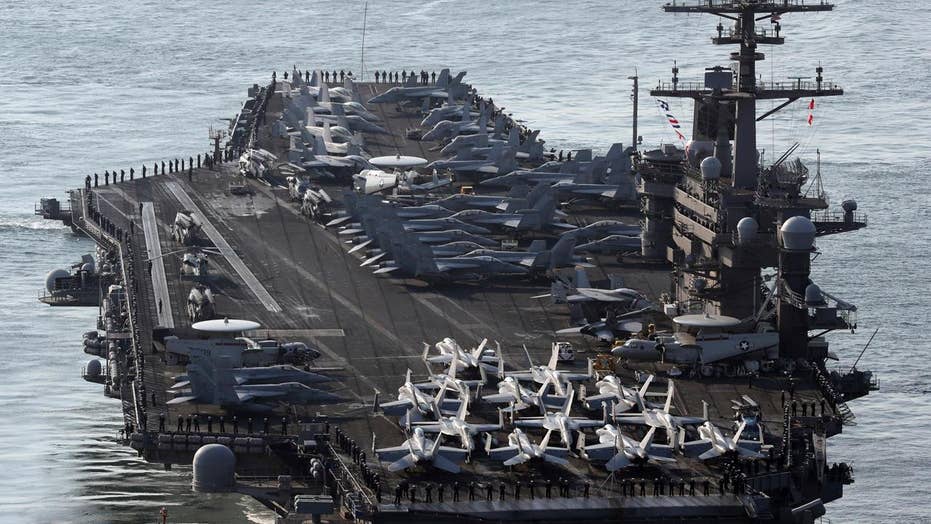 US Navy aircraft carrier heads back toward Korean peninsula

OSAN AIR BASE, SOUTH KOREA – The U.S. Air Force is busy in the skies over the Korean Peninsula, a range of aircraft including F-16’s running around the clock missions and exercises. The increase in provocations from North Korea focusing minds more.

“It keeps us on a heightened sense,” says US Air Force Col. James Brotree, “ There’s always something going on so we always have to make sure we do the right things.”

Many of these flights come from the Osan air base south of Seoul. And all those operations are run from an air operations center manned by U.S. and South Korean Air Force personel.

Osan is the base for updated U-2 spy planes that prowl the skies over the Korean peninsula. Most days ‎two planes will go on missions lasting some 10 hours, as high as 14 miles up.

All weight has been stripped away to get the plane down to its basics so it can always be “locked in” via signals and image intelligence on the conventional and unconventional doings of the Pyongyang regime.

“It can be a very tense time but that’s kind of what we do here,” U-2 squadron commander Lt. Col. Todd Larsen, “We do our daily mission but we’re always maintain our readiness.”

If trouble is spotted, other planes at the base, including F-16 jet fighters, could be called into action, as well as the A-10 “Warthog” or “Tank-killer” aircraft which has seen a lot of combat action in other hot spots.

It provides close air support for ground forces with missiles strapped to its wings and a very nasty nose cone machine gun.

“We go to the same air space that we’d be going to in a wartime situation just 30 miles to the north of us,” Major Jordan Hrupeck told me about his combat exercises. “We’re going there in defense of South Korea.”

None of the U.S. Air Force officers who spoke with us said they expected to be called upon to execute a “preemptive strike,” the so-called “military option.” But they did tell us, if provoked by the North, which is happening more these days, they are ready.