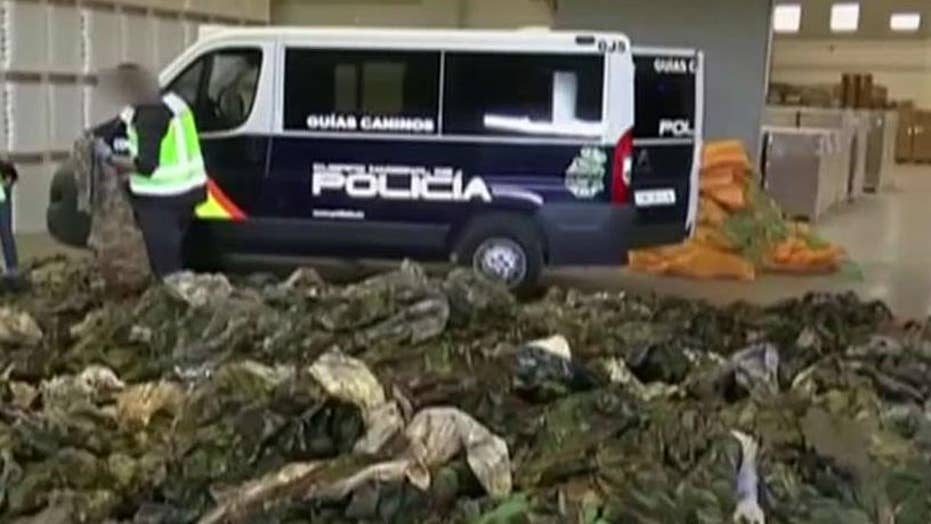 Enough uniforms to 'equip an army' were captured

Spanish authorities seized 20,000 military-style uniforms being sent to fighters of the Islamic State and the Nusra Front, the Interior Ministry announced Thursday.

Police conducted a counterterrorism operation last month in the port cities of Valencia and Algeciras, where officers opened three shipping containers and found the uniforms along with other military accessories, the ministry said. The uniforms were mixed with “secondhand clothing” to avoid raising suspicion while passing through customs.

The ministry said in a statement that police arrested seven people on suspicion of providing logistical and financial support to ISIS and the Nusra Front, an Al Qaeda affiliate in Syria. The New York Times reported that five of the seven people were Spanish citizens.

Spanish authorities released a video showing a large pile of the camouflage clothing, according to The New York Times. An Interior Ministry spokesman told the paper the uniforms were not made in Spain and an investigation was underway to see where they came from.

The police operation “neutralized a very active and efficient business network whose primary purpose was to supply, maintain and strengthen” the Islamic State, the statement said.

Spanish police didn’t say where the uniforms were intended to go to.