Are Trump and Bolton aligned on North Korea?

South Korea's government said late Sunday that it had halted propaganda broadcasts along the border with North Korea ahead of this week's much-anticipated summit between the two nations' leaders.

Seoul's Defense Ministry said in a statement that it had halted the broadcasts with the aim of "reducing military tensions between the South and North and creating the mood of peaceful talks." 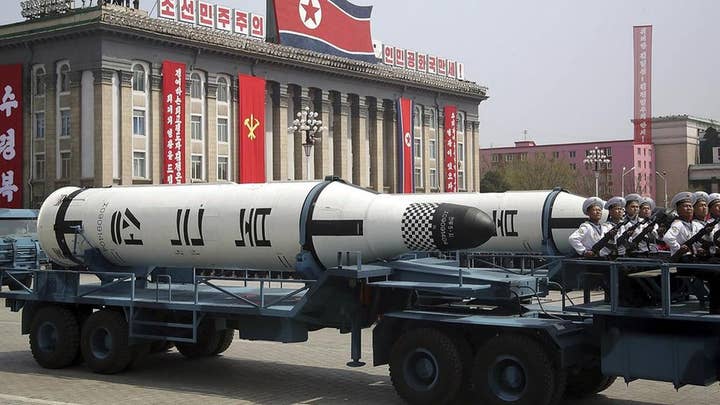 The North responded to those broadcasts with its own. It was unclear if the North also stopped its broadcasts Monday. Defense Ministry officials told Yonhap news agency that they "hope that the North will respond positively" to the stoppage.

Yonhap reports that the South has positioned loudspeakers at more than 40 locations near the border. The broadcasts include messages critical of the North's political system and South Korean pop music, commonly known as "K-pop."

South Korean President Moon Jae-in and North Korean leader Kim Jong Un are scheduled to meet Friday for the third-ever summit talks between the rival nations. The negotiations are expected to focus on Kim's nuclear program.

Kim is expected to meet President Donald Trump in May or early June.