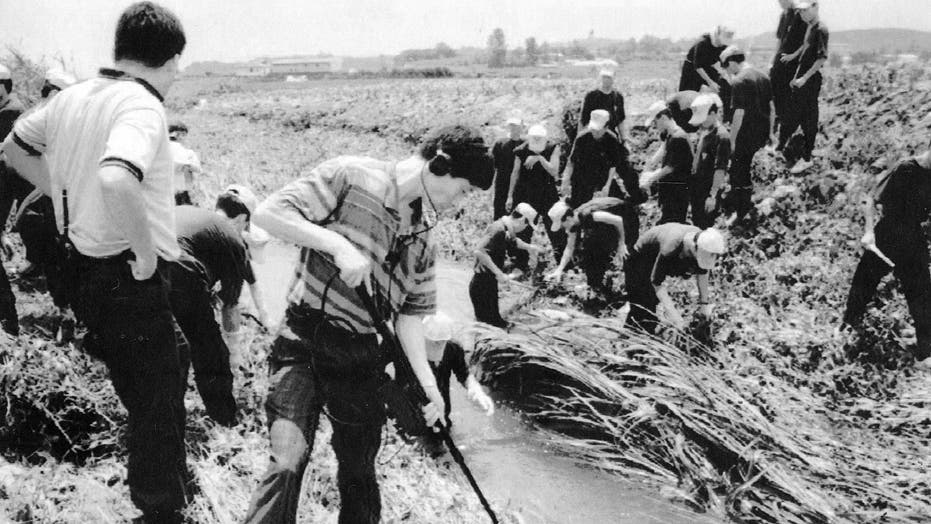 Police in South Korea say they have identified a possible serial killer responsible for the murder of nine women nearly 30 years ago.

Seoul’s senior police officer Ban Gi-soo announced at a press conference Thursday that authorities have identified a suspect wanted in several killings that took place from 1986 to 1991.

The man, who has not been named, is already serving time in prison. South Korean media has identified him as a 56-year-old who is serving a life sentence for the 1994 rape and murder of his sister-in-law.

While police say the suspect has denied any involvement, Ban said that the technological improvement of DNA analysis allowed authorities to extract DNA samples from evidence that wasn't possible at the time of the cases.

In this July, 1993, photo, South Korean investigators examine the scene following a killing in Hwaseong, South Korea. South Korean police have found a man who could be an infamous serial killer wanted for the slaying of nine women some 30 years ago, officials said Thursday, Sept. 19, 2019, 13 years after the statute of limitations expired over the unresolved criminal cases. (Yonhap via AP)

Between 1986 and 1991, nine women between the ages of 13 and 71 were found slain in Hwasong, a city just south of Seoul. All had been raped and all were found bound by their own stockings and clothing at sites within a two-mile radius.

A tenth woman was found dead in an identical fashion but police quickly ruled it a copycat case. That suspect was arrested and sentenced to life in prison.

Despite the statute of limitations expiring 13 years ago, Ban said police will continue to investigate the murders.

Police investigated an estimated 21,000 people throughout the decades, to no avail, the BBC reported.

But Thursday’s development offered a new sense of hope for the families involved.

"I express my deep condolences to the victims and their families, as well as the Korean public, for not having been able to solve this case for a long time,” Ban said. “We will do our best to discover the truth with a sense of historical responsibility.”