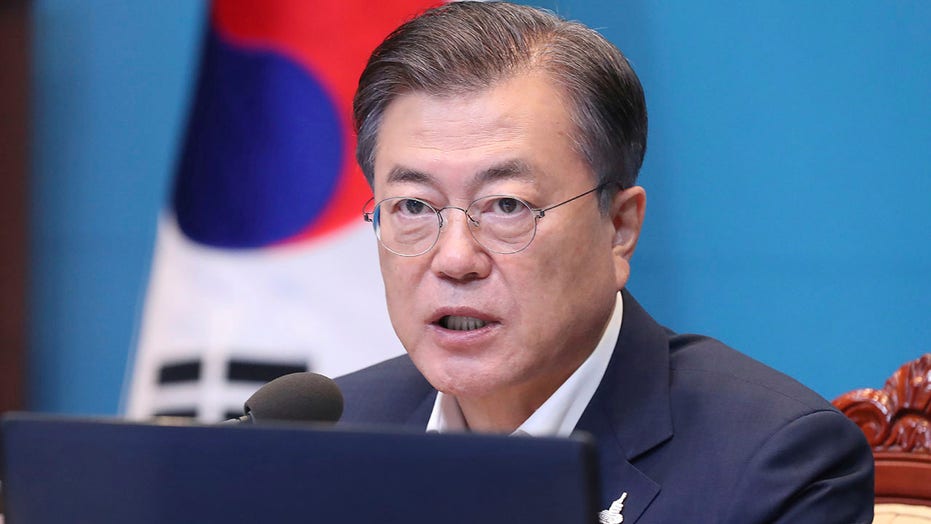 South Korean President Moon Jae-in apologized Monday for the death of an official killed by North Korean troops last week after critics accused the government of not acting to protect a citizen.

Moon offered his “deep condolences” to grieving family members and apologized to the public over its “shock and fury” during a meeting with senior officials, saying that the government “without any excuses” is responsible for protecting the safety of its citizens.

Military officials have said the man was spotted in North Korean waters about six hours before he was killed, prompting critics, including conservative lawmakers, to accuse Moon’s government of inaction.

Officials in Seoul have said the 47-year-old maritime agency employee was likely attempting to defect before North Korean troops aboard a boat fatally shot him and burned his body. The man's brother spoke to local media and denied the possibility of defection, saying it was more likely that he fell into the sea by accident.

Moon’s apology comes after North Korea on Sunday accused the South of crossing a disputed sea border in search of the official’s body and warned of a potential escalation in tensions. South Korea denied the accusations and proposed a joint investigation with the North to investigate the shooting.

Moon speaks during a meeting with his senior secretaries at the presidential Blue House in Seoul, South Korea, on Monday. (Lee Jin-wook/Yonhap via AP)

North Korean leader Kim Jong Un also issued a rare apology over the official’s death, describing it as an “unexpected, unfortunate incident” in a message sent to South Korea on Friday.

The message said North Korean troops shot the official because he attempted to flee after refusing to answer questions. It said North Korea maintained troops were unable to find the official's body and burned the object he was floating on in line with anti-coronavirus rules.

Moon also said Kim’s apology showed he was eager to prevent a breakdown in bilateral relations over the incident and called for the North to resume dialogue and reconnect military communication channels that it cut off in June.

North Korea has suspended virtually all inter-Korean cooperation and diplomacy amid a stalemate in larger nuclear negotiations with the Trump administration, which have faltered over disagreements in exchanging sanctions relief and disarmament.