Members of North Korea's Taekwondo demonstration team, pictured, are part of the delegation whose Olympic expenses South Korea agreed to pay, according to a report. (AP)

South Korea on Wednesday approved a plan to pay North Korea's Olympic expenses to the tune of approximately $2.6 million, the Korea Herald reported.

Officials in South Korea suggested the move, which will cover the costs of hundreds of performers who arrived in PyeongChang as part of the North's delegation, is another sign that tensions in the region have cooled. 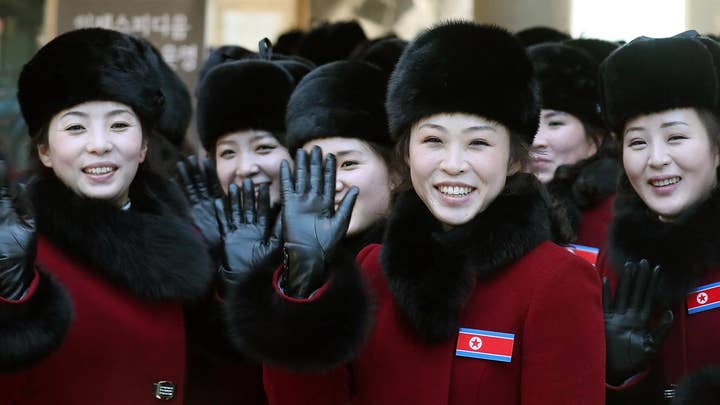 "The North Korean delegation's participation in various forms is serving as a pretty good opportunity to achieve Seoul's goal to hold an Olympics of peace and becoming an important chance for harmony that improves the inter-Korean relationship and opens up the door for peace on the Korean Peninsula," Unification Minister Cho Myoung-gyon said, according to the Korea Herald.

"With the dispatch of a high-level delegation, an art troupe and a cheering squad, the Olympics have become a chance for the North to communicate with the international community," Cho added. "This could further pave the way for (inter-Korean) discussion to build and sustain peace on the peninsula."

The funding does not cover all North Koreans who have arrived in the South. The International Olympics Committee is paying the expenses of 22 of North Korea's athletes, the USA Today reported.

Expenses incurred by Kim Jong Un's sister during her unprecedented visit to South Korea, as well as other high-level North Korean officials, will come from another source, a Unificiation Ministry spokesman said, the paper reported. The exact source was unclear.

The Ministry of Unification said it has not yet decided whether to pay North Korea's expenses in the upcoming Paralympics, set to begin in in PyeongChang in March.