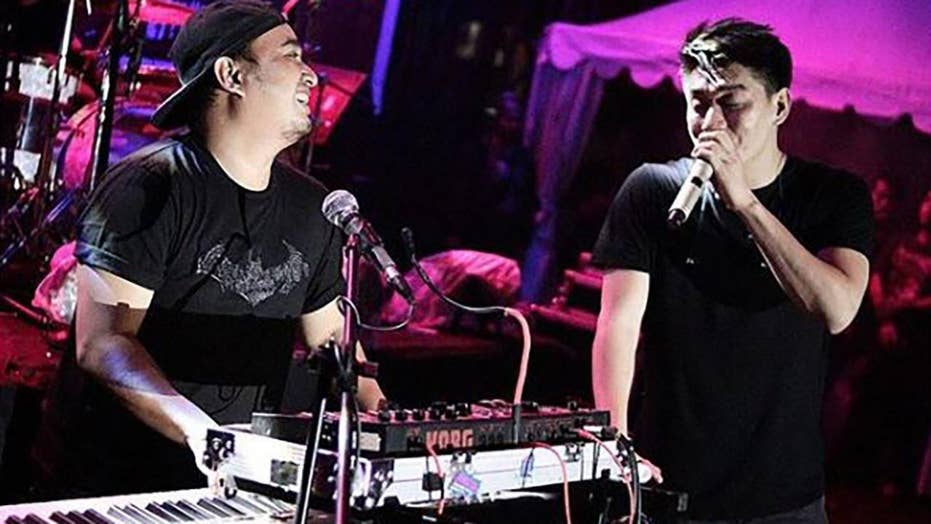 The only surviving member of the Indonesian pop group swept out to sea by a tsunami buried his socialite wife Tuesday, a day after the funerals of three bandmates.

The lead singer of the local group “Seventeen,” Riefian Fajarsyah, included a video of himself stroking his bride’s white coffin in a heartbreaking Instagram post from the back of a hearse.

“How can I live without you, Dylan Sahara?” Fajarsyah, 35, wrote of his wife, to his 1.9 million followers.

Eerie video footage had shown fans clapping and cheering at the band’s beachside performance in Java on Saturday night — seconds before a huge wave smashed onto the stage.

The frontman’s wife, an Indonesian actress, and TV-personality was one of the dozens of people swept away by the wave.

Her body was identified at a hospital late Monday, according to local reports.