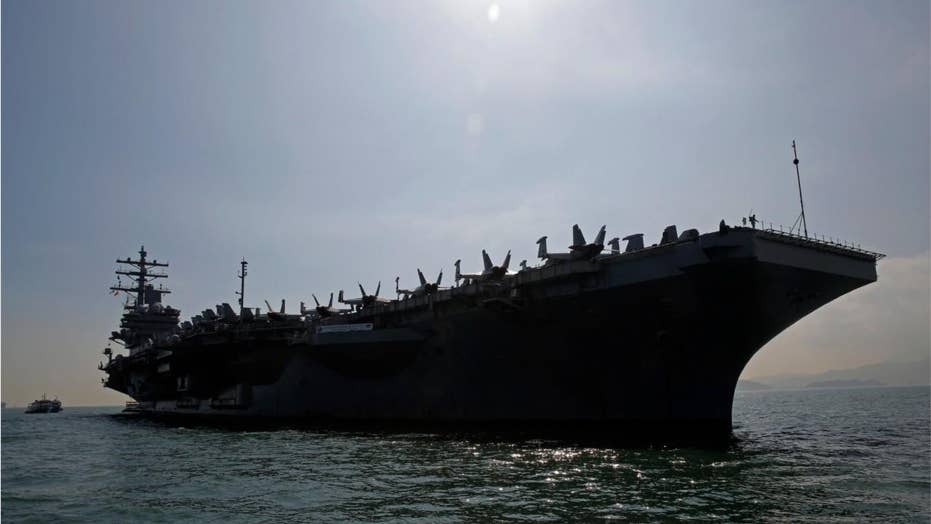 The deputy head of a Chinese military academy told an audience that tensions in the South China Sea could be resolved by sinking a pair of U.S. aircraft carriers.

The deputy head of a Chinese military academy told an audience in Shenzhen last month that tensions in the South China Sea could be resolved by sinking a pair of U.S. aircraft carriers, reports said.

"What the United States fears the most is taking casualties," said Rear Admiral Lou Yuan, deputy head of the Chinese Academy of Military Sciences, news.com.au reported. He said sinking one carrier would kill 5,000 and sinking two would double that number.

Brad Glosserman, a China expert and professor at Tokyo’s Tama University, said Lou’s comments reflect a growing belief in China that the United States has lost its stomach for war, according to a report from military.com.

The Chinese believe that "Americans have gone soft … [they] no longer have an appetite for sacrifice and at the first sign of genuine trouble they will cut and run," Glosserman said.

In his speech, Loui said there were "five cornerstones of the United States" open to exploitation: their military, their money, their talent, their voting system -- and their fear of adversaries, according to the news.com.au report.