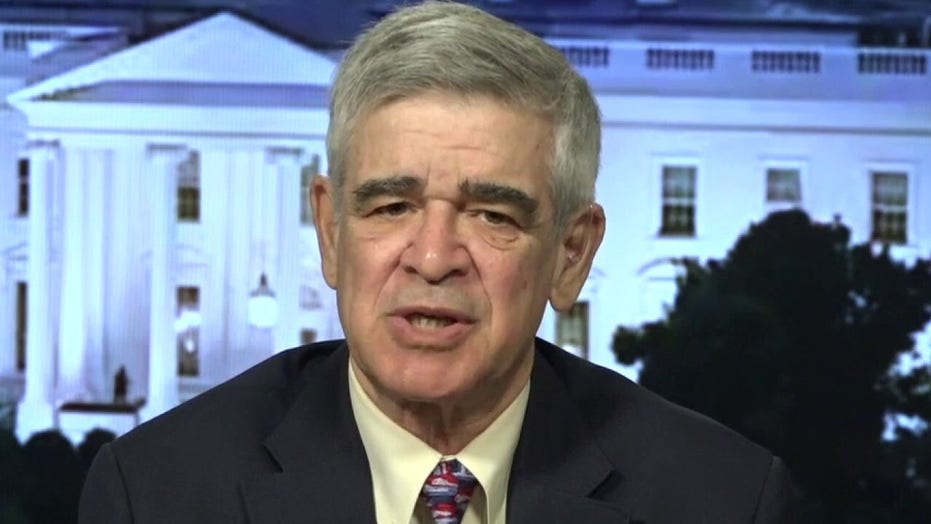 How quickly can the US economy bounce back as states ease coronavirus restrictions?

Long lines were being reported at stores across England on Monday as many of those deemed nonessential businesses during the coronavirus lockdown reopened their doors for the first time since late March, attracting throngs of shoppers looking to buy everything from sneakers to toys.

Despite instances of pushing and shoving at a Nike store in London, customers generally appeared to abide by the social distancing requirement to stay at least six feet apart as they awaited their turn to enter the stores.

“This has been planned, we’ve been really missing it,” Olivia Copeland, a 25-year-old who spent more than $250 at budget clothes retailer Primark in Liverpool during an outing with a friend, told The Associated Press. “It is nice to get back out, it’s better than being stuck in the house.”

Nike employees speak to people lining up outside the Niketown shop in hopes of getting them to maintain social distancing in London on Monday. (AP)

Monday's reopening of shops, from department stores to booksellers and electronic retailers, only applies to England. Scotland and Wales are taking a more tentative approach to the easing of the coronavirus restrictions. Northern Ireland's stores reopened last week.

The new shopping experience is anything but normal, though.

Shops are limiting numbers and are providing hand sanitizers at the door as well as creating one-way traffic systems inside. Plastic screens protect workers from shoppers at payment counters and some shops will only take cards, not cash. At the Apple store on Regent Street in central London, staff checked customers' temperatures and insisted upon face coverings.

Not all shops in England are reopening. Many told the Associated Press that the social distancing guidelines are just too difficult to maintain and are urging the British government to reduce the 6-feet requirement.

Shoppers queue up outside a Primark store as it reopened in Birmingham, England, on Monday. (AP/PA)

Although England’s daily virus-related death rates have fallen to below those seen before the lockdown, there are concerns of a potential second spike. The U.K., as a whole, has recorded 41,698 coronavirus-related deaths, the third-highest in the world behind the United States and Brazil.

But customers are being encouraged to “be sensible” as the government seeks to reopen the economy “gradually and carefully.” Figures last week showed that the U.K. economy shrank by 20 percent in April alone.

And foot traffic is not expected to return to pre-lockdown levels anytime soon.

At London’s Oxford Street, normally teeming with shoppers crowded shoulder-to-shoulder, businesses have installed scores of signs to ensure social distancing. Some sidewalks have been widened and extra bike stations were put up to encourage shoppers to travel there without using the city’s Underground subway.

Customers walk inside the Selfridges department store in London on Monday. (AP)

With virtually no tourists in town, London’s entire West End shopping and theater district also is expected to see just 10 to 15 percent of its normal customers this week.

John Lewis, a popular British department store with outlets around the country, is hoping to turn the lower shopper numbers into an advantage.

“I’m hopeful that, while the overall atmosphere will feel a bit different to them, what they’ll actually find is a kind of pleasant surprise that it’s calm, it’s pleasant, it’s well ordered,” Andrew Murphy, its director of operations, told the Associated Press. “But it’s also still got the real advantage of the physical shopping experience and the things that you can’t do online.”

To lure wary shoppers back, the upscale department store Selfridges has scheduled street performers to entertain anyone lining up, while DJs will play music inside. Selfridges said the last time it had to close its doors was in 1941 when it was hit by a bomb during World War II.