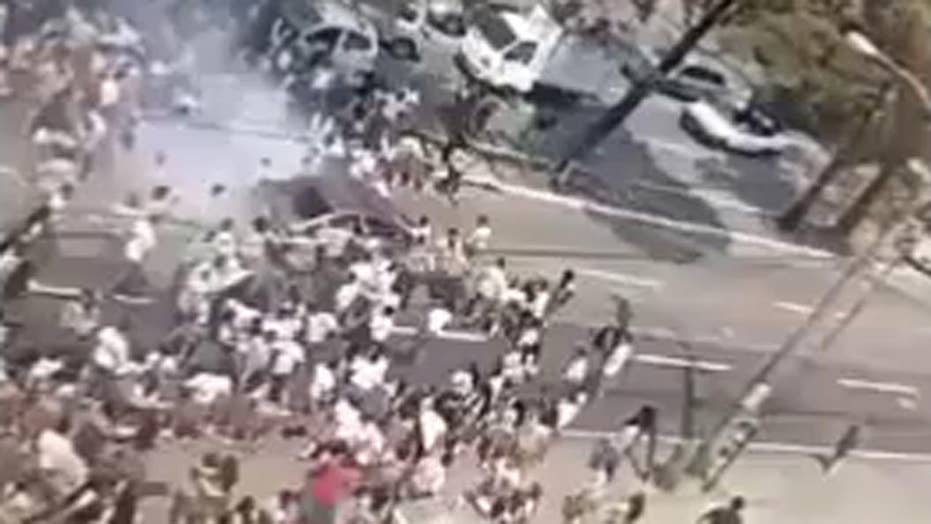 Car runs over crowd of student protesters in Guatemala

An apparently angry and callous driver plowed through a group of college students protesting on the streets of Guatemala City on Wednesday – sending at least 13 people to the hospital.

One protester run over by the car had to have her leg amputated, police said.

Dozens of college protesters rushed the streets and blocked traffic in front of their campus in Guatemala’s capital on Wednesday to demand education reform, according to EFE news service. The protesters were students and alumni of the School of Commercial Sciences No. 2.

Shocking cellphone videos posted to social media show one vehicle apparently ignoring the protesters and bursting through a crush of people. At least one person could be seen being dragged underneath the vehicle as protesters screamed.

The demonstrators grew angry, cell phone videos show, and at least 25 people began attacking the vehicle – which eventually just drove off. Police are still searching for the driver.

“We have ordered investigators to find those responsible and apply the full weight of the law,” Morales told reporters.