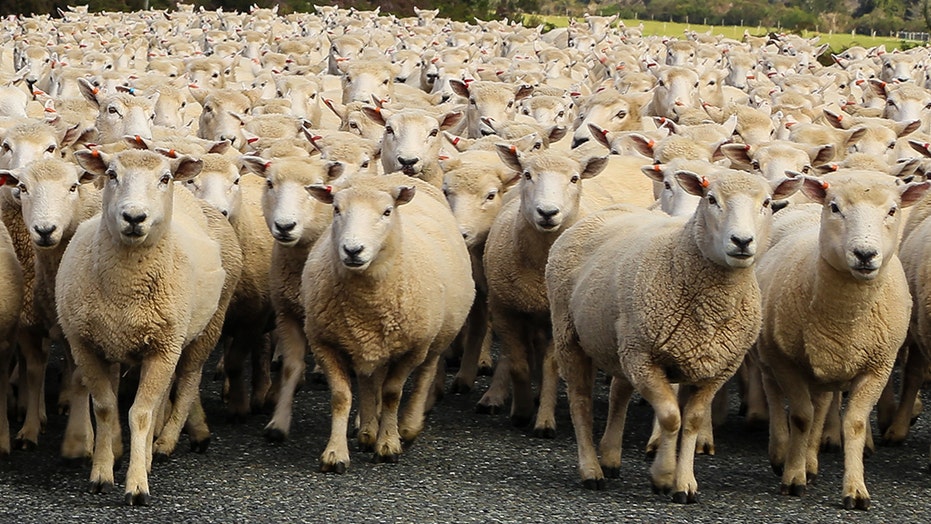 A farmer in France has taken a unique idea to boost student numbers at a primary school, enrolling 15 sheep to save classes that were at risk of being cancelled.

Herder Michel Girerd, with the help of his dog, escorted 50 sheep in tow on Tuesday, 15 of which are now registered as students after showing their birth certifications, according to Sky News.

Among the new students at the Jules Ferry school include: Baa-bete, Dolly, and Saute-Mouton.

The school in Crêts en Belledonne, a village in the Alps, was told that one of its 11 classes would be closed after numbers fell from 266 to 261.

A farmer in France has enrolled 15 of his sheep to save classes at a primary school that were at risk of being cancelled. (iStock)

A group of parents were against the proposal to scale back the number of classes to 10, as it would mean the average number of students in each class would rise from 24 to 26, according to Sky News.

"National education is, unfortunately, only numbers," Gaelle Laval, one of the parents behind the initiative, told Le Parisien newspaper. "And so now, with this surge in numbers, we are good."

The mayor of the town, Jean-Louis Maret, supported the parent's efforts in recognizing the sheep as students and hit at the government's “annoying threshold logic” that prompted the threat of closure.

French President Emmanuel Macron has proposed that class be limited to 24 students as part of his education policy, according to France Bleu radio.