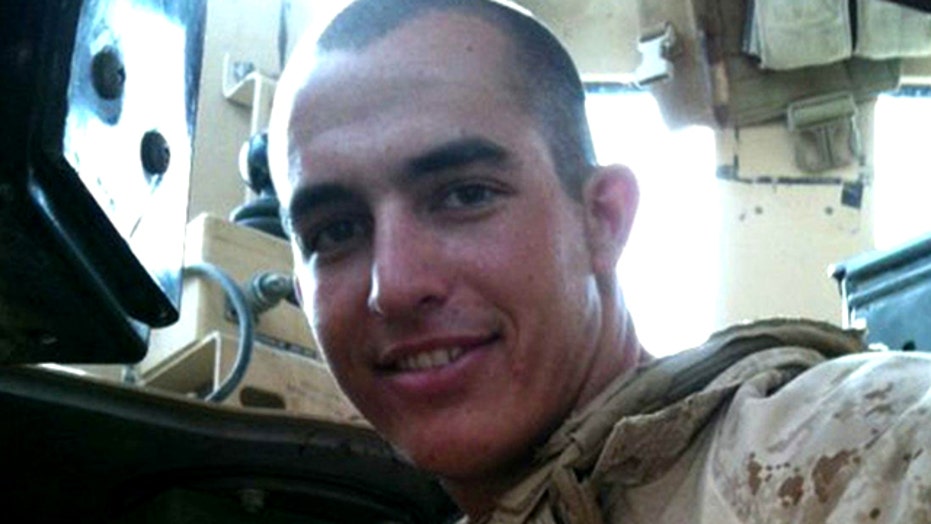 Marine jailed in Mexico 'encouraged' by support from home

TIJUANA, Mexico – A Marine veteran jailed in Mexico on weapons charges for allegedly bringing guns across the border said he never intended to leave the country but missed an exit when heading to meet friends in a border town.

Sgt. Andrew Tahmooressi, 25, said he was headed to dinner in San Ysidro on March 31 when he mistakenly wound up at a border crossing point in Tijuana, U-T San Diego reported Sunday.

"I was going to call them after I drove off the exit, but I never got off the exit, I blew right past it," he told the newspaper in an interview from jail. "I wasn't paying attention, thinking I had way farther to go. I ended up in Mexico with no way to turn around."

He said Mexican authorities found three guns inside the truck he had recently driven from Florida to make a new start in San Diego. He was jailed, and is now being held in Tijuana's La Mesa Penitentiary without bail.

Republican Rep. Duncan Hunter last week wrote a letter asking Secretary of State John Kerry to secure Tahmooressi's release. State Department officials said they were aware of an arrest of a U.S. citizen in Mexico, but they do not comment on arrests of private individuals without the person's permission.

If Tahmooressi is convicted, he faces six to 21 years in a Mexican prison, his lawyers said, adding that alternatively the case could be dropped if the Mexican attorney general's office in Mexico City requests dismissal.

Tahmooressi served four years in the Marines, including two tours in Afghanistan. He says he was honorably discharged in November 2012.

After he was jailed, Tahmooressi tried to escape by climbing over a gate and heading up onto a roof, and then onto another one. He gave up when a guard opened fire, but the incident earned him the nickname "Spider-Man."

He later grabbed a light bulb and stabbed himself in the neck. He was taken to the hospital and given stiches.

He said he longs for his family and friends and has been receiving visits from an English-speaking Christian chaplain.