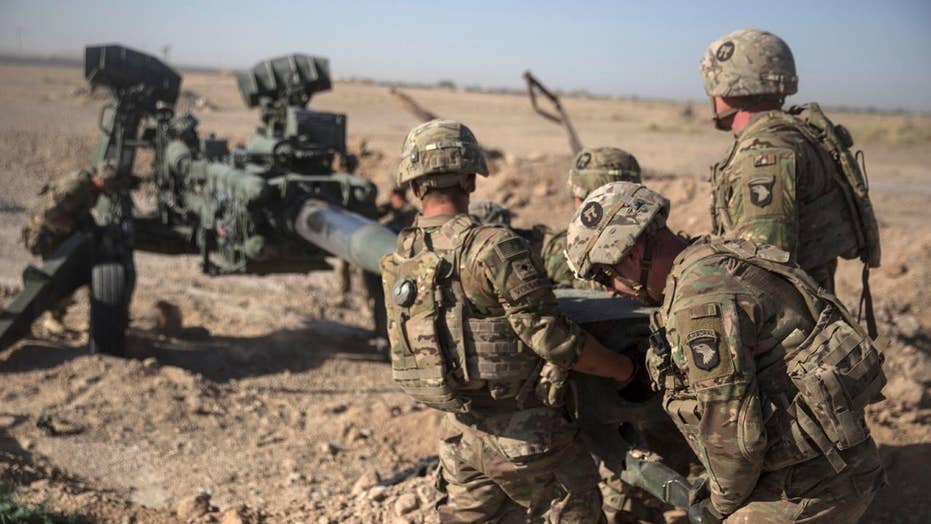 US official: 7 US Army soldiers wounded in Afghanistan

Seven American soldiers were wounded when an Afghan army solider opened fire at a military base in northern Afghanistan, US military officials said Saturday.

A spokesman for Resolute Support in Afghanistan said in a statement that all seven soldiers were medically evacuated and “are being cared for.”

The attack occurred at Camp Shaheen in Mazar-e Sharif around 2 p.m. local time.

There were no U.S. fatalities.

A Taliban spokesman praised the attack, but did not claim responsibility.

Saturday’s incident is the second insider attack in just one week.

On June 10, three U.S. soldiers were killed and one wounded when an Afghan army soldier opened fire in the Achin district in eastern Afghanistan. In that case the Taliban claimed responsibility, saying that a loyalist had infiltrated the Afghan army “just to attack foreign forces.”

Such insider attacks seem to be becoming more common in Afghanistan. In March, another Afghan soldier was killed after he opened fire on foreign forces at a base in Helmand province, wounding three U.S. soldiers.

Saturday’s attack comes just days after reports surfaced that the White House will be sending an additional 4,000 soldiers to Afghanistan. Roughly 8,400 American soldiers are in Afghanistan now – most of them helping to train the Afghan security forces fighting the Taliban.