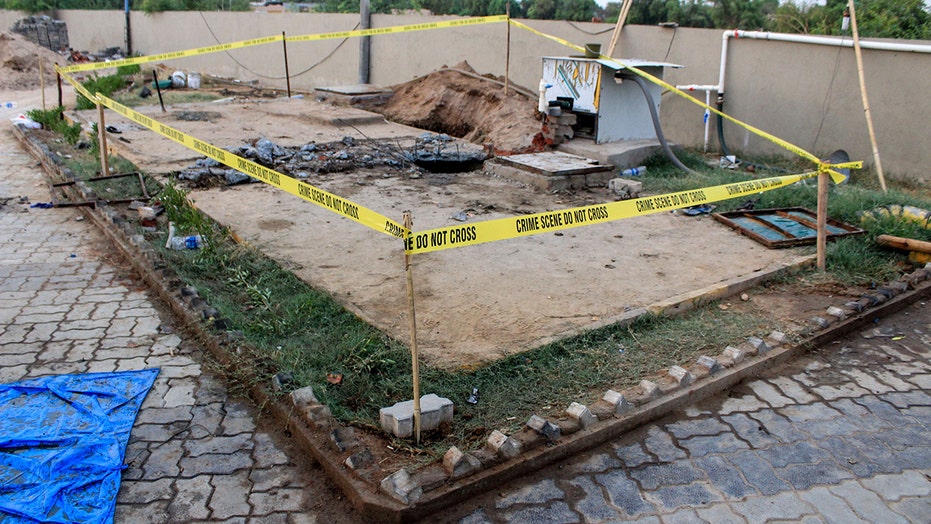 Seven people died while cleaning a hotel septic tank in India on Friday after going in without safety gear, according to officials.

The incident happened at the Darshsan Hotel in the village of Fartikui shortly after midnight when one worker went into the tank and fell unconscious.

When the worker did not return or respond to calls, three colleagues went in to find him but also did not come back.

Three hotel staffers then went in to find the missing workers, but also ended up falling unconscious when they encountered the toxic fumes.

Seven people, including four workers and three hotel staff, died of suffocation while cleaning the septic tank of a hotel in India on Friday. (STR/AFP/Getty Images)

"All seven died of suffocation as the pressure of gas was high in the tank," Vandodara fire officer Nikunj Azad told the Times of India.

Firefighters had to spend several hours working to pull the bodies out, as the mouth of the tank was so narrow that an excavator had to be used to widen it for the recovery mission.

A police official told Agence France-Presse that the hotel owner has been charged with causing death due to negligence.

Authorities in the Gujarati region have pledged financial assistance to the victims' families, according to the BBC.