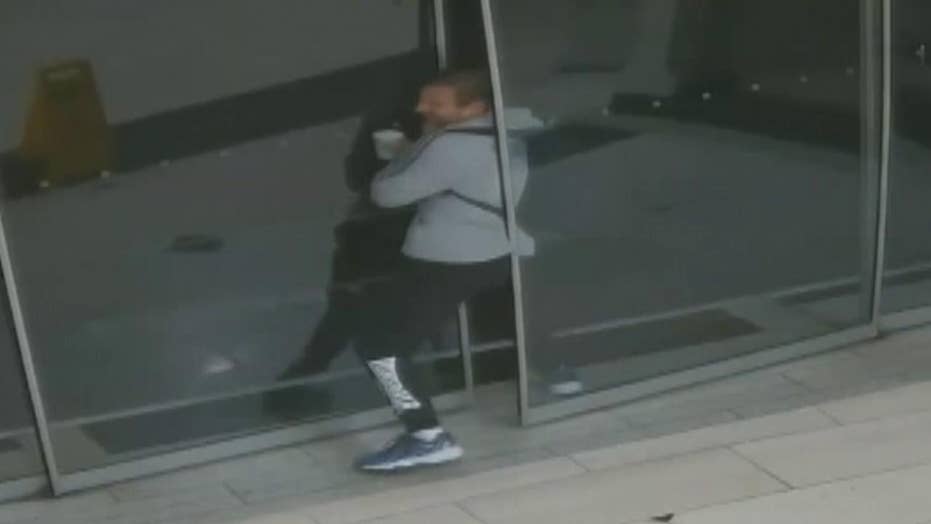 Melbourne Crime Investigation Unit detectives are investigating a burglary at a Melbourne bookstore that has to be seen to be believed.

The break-in happened at a shopping centre on Collins St, in the Melbourne CBD, around midnight last Thursday. Police have this morning released the security tape.

It shows a man dressed in a grey hoodie and black tracksuit pants trying desperately to make his way into the complex when his leg and backpack both become wedged between a pair of glass sliding doors.

He pulls and he pulls before stopping, reassessing the situation, and freeing his arms from the bag before yanking it out.

Once inside the centre he falls over on the escalator before climbing on a ledge to access stores on the lower level. He picks out the bookstore and smashes through a security door to gain entry before setting his sights on a safe. He lifts it in his arms before leaving the shop.

Police say additional security footage shows the man stumbling under the weight of the safe as he walks out of the centre and into a rear laneway.

Anyone with information is urged to contact Crime Stoppers on 1800 333 000 or submit a confidential report at www.crimestoppersvic.com.au.