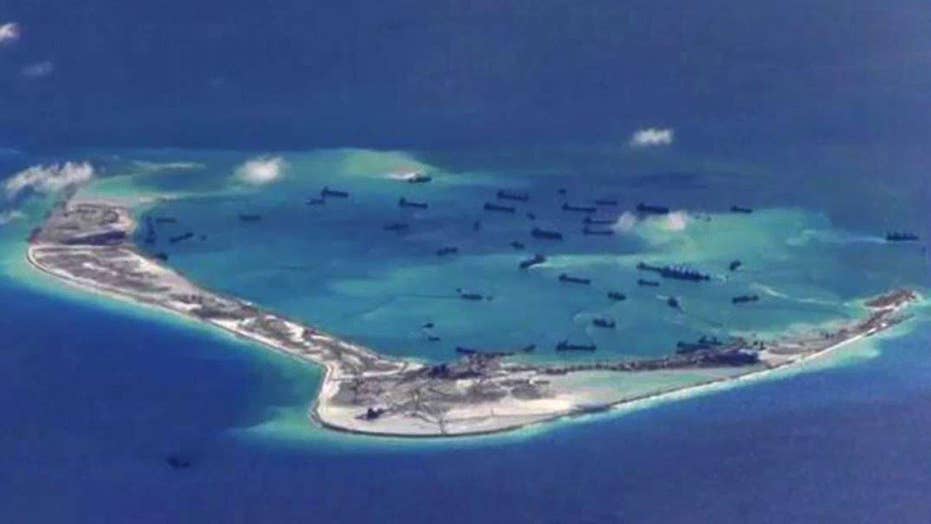 VIENTIANE, Laos – Foreign ministers from the 10 countries of the Association of South East Asian Nations said Saturday that they were "seriously concerned" by recent developments in the disputed South China Sea region and will seek a meeting over the issue with China.

At the end of their annual retreat, held this year in the Laos capital of Vientiane, they noted their worries and reaffirmed the importance of maintaining peace, security and stability in the area.

The strategically important South China Sea is at the center of a territorial dispute involving China on one side and a number of ASEAN countries on the other, including Vietnam, the Philippines and Malaysia.

Tensions have ramped up since China began a massive land reclamation program in 2013. Recent satellite imagery suggests that China has installed surface-to-air missiles in a disputed area in the Paracels chain, prompting accusations that Beijing is militarizing the area.

A joint statement said the ASEAN foreign ministers "remained seriously concerned over recent and ongoing developments and took note of the concerns expressed by some members on the land reclamations and escalation of activities" in the South China Sea.

The statement added that the activities have "eroded trust and confidence, increased tensions and may undermine peace, security and stability in the region."

Vietnam's foreign minister, Pham Binh Minh, told reporters as he left the meeting that he was "seriously concerned about the situation" and called for the "non-militarization" of the South China Sea.

Cambodia's foreign minister, Hor Namhong, said ASEAN would seek a meeting with China over the matter, though no date or venue had been set.

Other matters were on the agenda too. The ministers reiterated their perennial call for the denuclearization of the Korean Peninsula. They also addressed Islamic extremism, in the wake of an attack in the Indonesian capital of Jakarta in January that left eight people dead.

Other topics included ways to bring about ever closer economic cooperation since the advent of the ASEAN Economic Community at the end of last year.