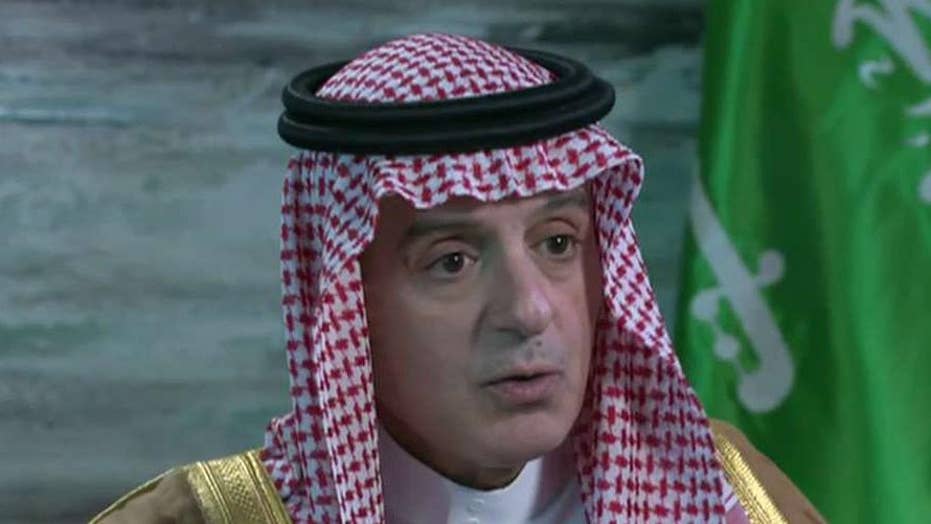 His excellency Adel al-Jubeir warns the world against ‘appeasement.’

"The Iranian history of the past 40 years has been one of aggression especially against my country," Saudi Arabia State Minister of Foreign Affairs, Adel al-Jubier told Fox News Wednesday. "Appeasing Iran has only fueled Iran's aggressive behavior."

Saudi Arabia has said that the cruise missiles that struck two of the kingdom's key oil sites earlier this month were manufactured in Iran and came from the direction of Iranian territory. Al-Jubier promised more evidence will be made public.

"We have been calling for a global effort to contain Iran's aggressive behavior," he said. "Iran has to decide if it's a revolution or a nation-state. If it's a nation-state, it must abide by the rules of international law, the sovereignty of nations, and respect the principle of non-interference in the affairs of other countries." 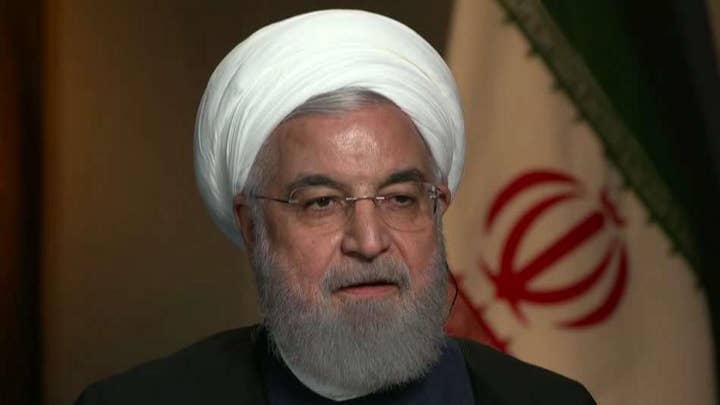 'The security of Saudi Arabia shall be guaranteed with the termination of aggression to Yemen rather than by inviting foreigners," Rouhani said. "We are ready to spend our national strength and regional credibility and international authority."

Saudi Arabia will have its chance to answer Rouhani on Monday. But al-Jubier, a veteran diplomat who served as the Kingdom's ambassador in Washington, D.C. for nearly a decade, knows the long litany of Iranian attacks on his country, and around the globe, all too well.

"The Iranian behavior has to stop," he said. "They have attacked our embassies, they have tried to disrupt the Hajj [the annual pilgrimage of the Islamic faithful to Mecca], they assassinated our diplomats a number of countries, they have planted terrorist cells in Saudi Arabia, they have blown up the Khobar Towers in 1996 and the list goes on and on and on.

"Most recently, they have been supplying missiles, 260 ballistic missiles -- Iranian-made, Iranian- delivered -- launched by the Houthis into Saudi territory. One hundred and fifty drones also. Thank God our air defenses were able to prevent any of those missiles from reaching their intended targets."

Al-Jubier said that the way to modify Tehran's behavior to stop what he describes as the appeasement of Iran. His message seems to be aimed at European nations that still do billions of dollars of business with the Islamic Republic, though he did not mention any countries by name.

"We believe that the international community must take a firm response to Iran's aggressive behavior and say 'enough is enough'", he told Fox News. 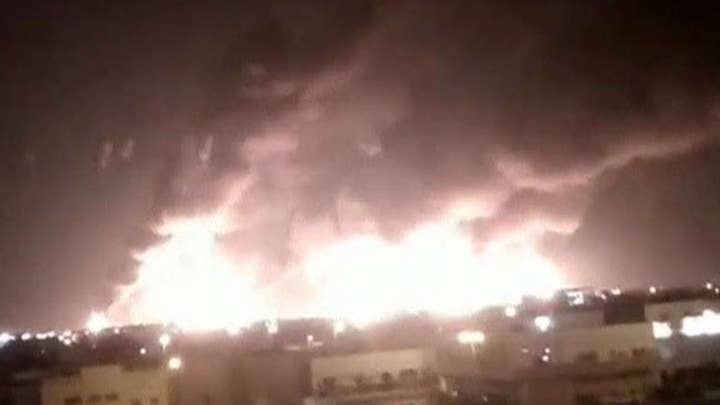 "When people seek to do business with Iran when Iran is murdering people and disrupting the international order, that's appeasement," he added. "So the first step has to be [to] stop the appeasement, make it clear to Iran that if you want to be a nation in good standing conduct yourself as a nation that behaves itself according to international norms and international laws."

Al-Jubier says that Iran will continue on its destructive path unless something changes.

"You cannot have relations with a country that has been engaging in a rampage of death and destruction against my country and against countries in the region," he said.

"That cannot stand. That must come to an end."