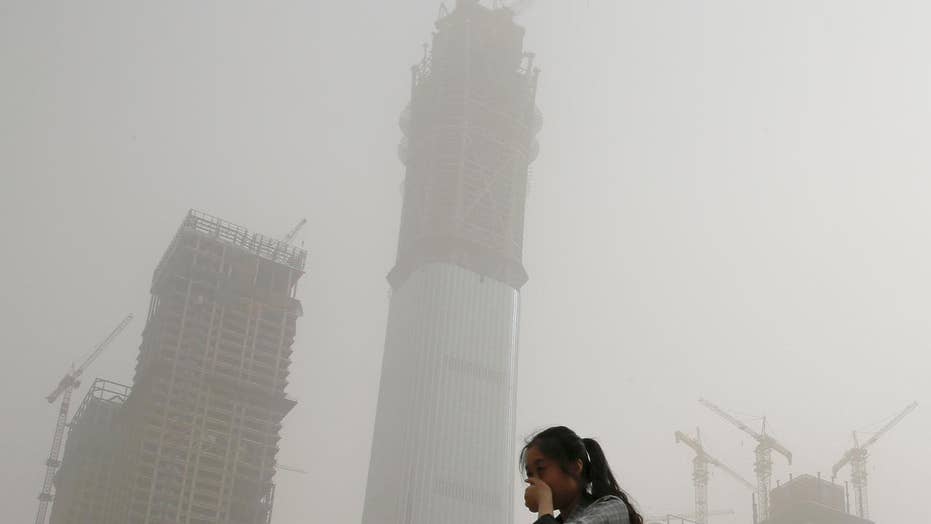 Tens of millions warned to cover up when outside

BEIJING – A sandstorm blown by gusting winds has enveloped a huge area of central and northern China in thick pollution hazardous to people venturing outdoors.

The Beijing Meteorological Observatory issued an alert on Thursday in response to the sandstorm, which was forecast to linger into Friday morning.

Tens of millions of residents across eight provinces and Beijing were told to use masks or scarves when outside to protect their eyes and lungs. The low visibility prompted warnings for drivers to slow down and for airports to take precautions.

Beijing's air quality index topped 800 in some areas, on a scale ranking anything above 150 as unhealthy for the general population.