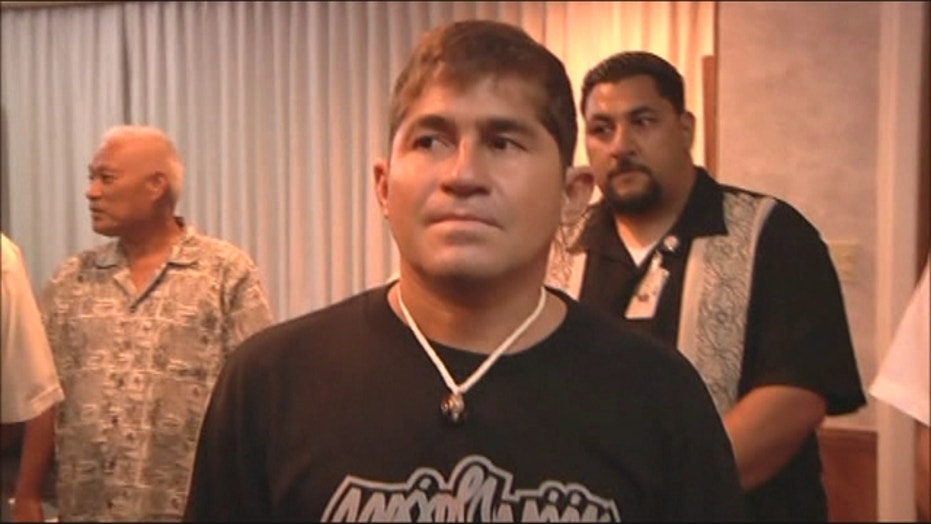 Clean-shaven and walking without assistance at the airport, Jose Salvador Alvarenga spoke Spanish in a soft voice.

MAJURO, Marshall Islands (AP) – A Salvadoran man who says he drifted in an open boat across the Pacific for more than a year thanked people in the Marshall Islands for taking care of him and said he was "doing very well" before starting his journey home Monday.

"Thank you for the support, the support by your people,"Alvarenga said. "I am doing very well."

He told officials during his two-week recuperation at the hospital and a hotel in the capital, Majuro, that he left Mexico in late 2012 with another fisherman, who later died, when a storm threw them off course and he drifted across 6,500 miles (10,500 kilometers) of open ocean. He said he survived on fish, birds and turtles.

About 50 officials, volunteers and reporters gathered at the airport to see him off. He flew out first to Hawaii and then on to El Salvador be reunited with his family.

Alvarenga, accompanied by Diego Dalton, an official from the El Salvador's embassy in Tokyo, said that people of the Marshall Islands were "very good" to him, and called them "my very good friends."

Alvarenga's spritely appearance a week ago while greeting hundreds of well-wishers in Majuro had many questioning his story. But he looked much weaker Thursday during a brief public appearance at the hotel, and had to be assisted into the room by two people while others stood by ready to help.

His family in El Salvador had spoken to him by phone since the story broke out. Alvarenga's 14-year-old daughter, Fatima, said last week that she didn't remember ever seeing her father, who left El Salvador when she was just over a year old.