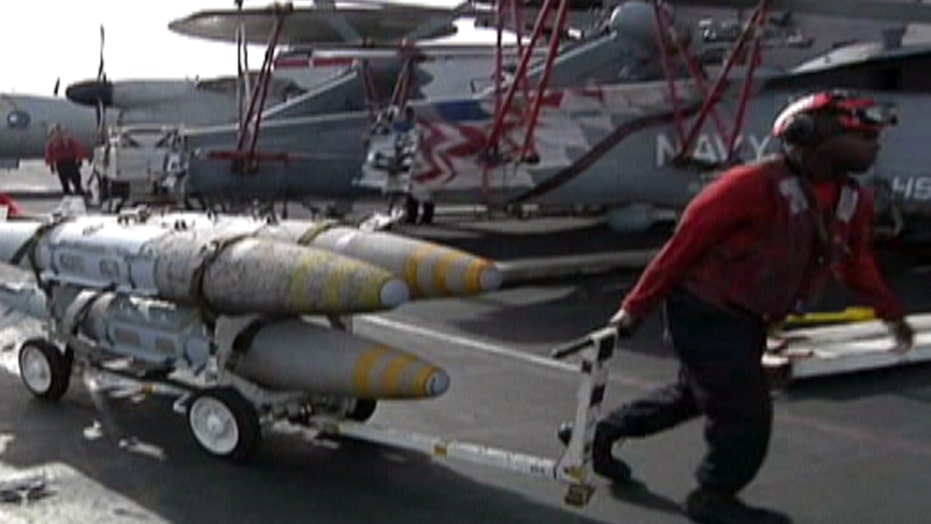 A look aboard the USS Truman

The USS Harry S Truman aircraft carrier in the eastern Mediterranean operates thousands of miles away from Orlando. But the brutal killings in Florida, committed in the name of the terror group ISIS, resonated with the 5,000 sailors on board the massive ship.

“What we’re doing here is about stopping that ideology from spreading around the world,” Truman pilot Paolo Singh, who has conducted some 150 missions, told me. “The more we can keep that from happening, the more I’m willing to keep on doing it.”

In fact, during some seven months at sea, the Truman’s jet fighters have dropped over 1,500 bombs on ISIS targets. During that time, they say, ISIS-held territory has been rolled back.

Reflecting on the Orlando attacks, Bret Batchelder, the Admiral of the Truman’s Carrier Group told us, “I would offer that we keep in mind that the fight that we’re fighting here is against people like that.” He added, “That makes it a fairly just cause.”

The massive war machine is kept running by a lot of busy, mostly young people, who service the planes, make the meals, and keep the vessel “ship-shape,” including Danielle Outland from Walnut Creek, California.

“We work hard every day, we stay dedicated, we stay strong,” she told me. She went on to say with a seasoned view beyond her 20 years, “Times get tough some times. But you just realize the bigger picture is what we’re doing for the people back home.”

The Truman was actually extended a month after logging more than 6 months in the Persian Gulf fighting ISIS. The sailors will be back in their home port of Norfolk, Virginia in mid-July. As dedicated as they are, it sounds like they can’t wait to take a break.

When I asked Matthew Simon of Bastrop, Texas, who works to keep the jet fighters flying, if he was eager to get home, he replied with a wide grin, “Oh, yeah. Absolutely. I’m ready. It’s time.”

Unfortunately its not time yet to “call time” on the war on ISIS.