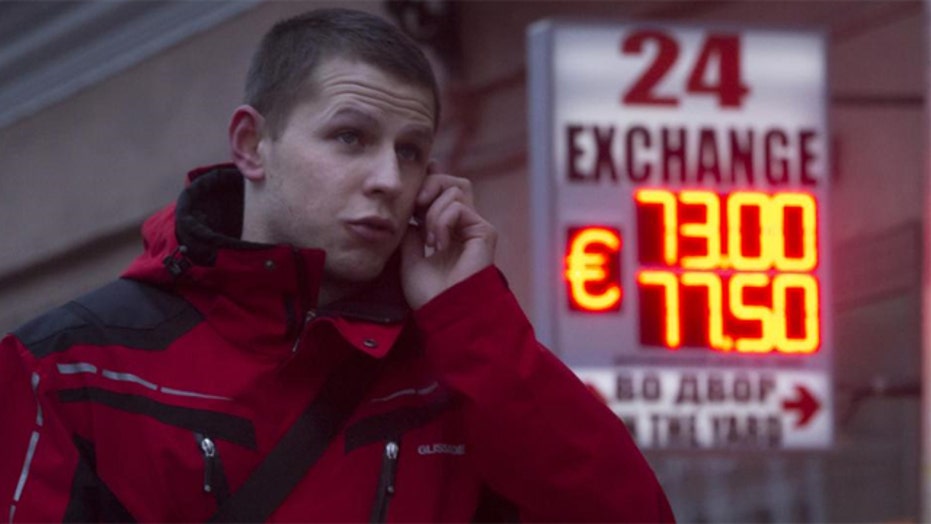 MOSCOW – Russia has seen its credit grade cut to "junk" status for the first time in over a decade, a big blow for a country that wants to be a world economic power.

The downgrade by Standard & Poor's reflects the country's growing economic problems, such as the collapse in the value of its oil exports and the impact of Western sanctions. But it is also rare for a country with such low debt levels.

The Russian government announced Tuesday an anti-crisis plan that aims to fix the budget and achieve a surplus by 2017.

Here's a look at why the downgrade happened and what it means.

Standard & Poor's on Monday cut Russia's rating to BB+, a non-investment grade the country last held in 2004, when it was still recovering from a painful financial collapse in the 1990s.

The downgrade puts it at the same level as Turkey, Indonesia and Barbados.

The agency cited the slide in the ruble, which has fallen some 50 percent in recent months, and lower revenue from oil exports. It noted Russia's financial system is weakening, and that the central bank will increasingly have trouble supporting it.

Russia's economy is expected to contract by 4 to 5 percent this year for the first time since 2009, when the economy was hit by a global crisis.

Investors pulled $152 billion out of the country last year, compared with an average of $57 billion annually during 2009 to 2013. Foreign currency reserves have dropped below $400 billion for the first time since August 2009.

WHAT IT MEANS FOR RUSSIA

A country's credit rating determines how expensive it will be for the government to borrow on international markets. That cost eventually affects how expensive loans are in the broader economy, for companies and consumers.

As Russia does not borrow much on international bond markets, the impact on its public financing costs is likely to be limited — unless Russia, battered by the financial crisis, decides to go and borrow abroad.

However, the downgrade amounts to a warning on the risks of investing. Many global investment funds will not buy debt that is classified as junk by two of the three agencies. So far only S&P classifies Russian debt as junk, so the country could feel a bigger financial impact if one of the other two agencies — Moody's and Fitch — downgraded their ratings as well.

There is no guarantee that will happen since, overall, a junk credit rating is surprising for a country that has very low levels of public debt.

Analysts at SEB, a leading Nordic bank, questioned the downgrade of a country "with debt of around 11 percent of GDP and fiscal reserves of some 14 percent of GDP." In an email to clients, they also noted that "there has been no indication of a reduced willingness to service government debt."

HOW ARE THE MARKETS REACTING?

Despite initial losses, the ruble gained 1.3 percent against the dollar in early evening trading on Tuesday while the MICEX stock index was 1.8 percent higher.

Neil Shearing, chief emerging markets economist at Capital Economics in London, said the market reaction was sanguine because the downgrade had been largely anticipated: "Given the dramatic deterioration in the economic outlook over the past six months it was always a matter of when, not if, the ratings agencies took action."

Alexander Kudrin from Moscow-based investment bank Sberbank CIB said the long-term market reaction to the downgrade depends on if or when the other two major ratings agencies will cut Russia's grade to non-investment.

Finance Minister Anton Siluanov on Tuesday unveiled an anti-crisis plan that will freeze the level of government spending and reform the economy. The plan aims to get a budget surplus as soon as 2017 and "so that we do not burn recklessly through Russia's sovereign reserves."

The spending limits, however, could weaken the economy by curbing investments in infrastructure projects that help drive growth over a period of years. That could mean fewer jobs in the long term.

President Vladimir Putin's spokesman Dmitry Peskov slammed the downgrade — in comments to RIA Novosti he called it "a decision that has little to do with the economy but a politically motivated one."

Mikhail Kasyanov, Russia's prime minister in 2000-2004, said it is a reflection of how Western leaders feel about Russia's economic prospects and Putin. He saw no improvements as long as the standoff between Putin and the West over Ukraine continued.

"With the current government there will be no return to the old days — neither for the rating, nor for the global cooperation," Kasyanov told The Associated Press.