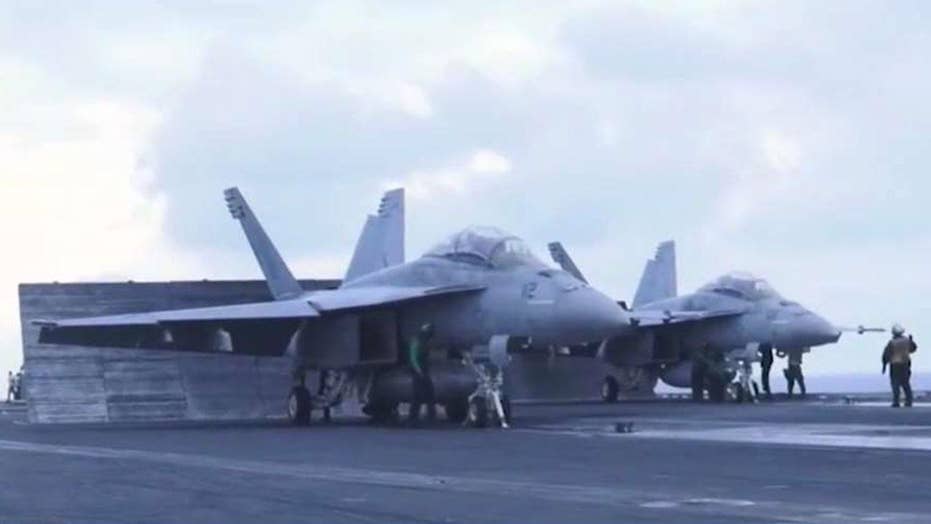 A top U.S. commander has warned that Russia's military is modernizing quickly, and that a possible weapons deal with Turkey could put the United States in danger.

Gen. Curtis Scaparrotti, head of U.S. European Command, said on Tuesday that Turkey faces significant consequences: If it buys an S-400 missile from Russia, it should be prepared to forfeit the chance of future weapons or aircraft buys from the United States.

Turkey is currenty in the process of purchasing 100 high-tech F-35 fighter jets from the United States, but Scaparrotti said possession of the S-400 would pose a significant threat to the F-35. The U.S. agreed to the sale, and delivered two of the jets, but Congress ordered a delay in future deliveries last year.

A top U.S. military commander has warned Turkey that should it purchase the S-400 missile system from Russia, pictured here, it should be prepared to forfeit any future weapons deals with the United States (REUTERS/Tatyana Maleyeva)

His warning is just the latest U.S. officials have delivered to Turkey, a NATO partner, advising against purchasing the S-400. The U.S. and other NATO allies have repeatedly complained about the purchase, saying it is not compatible with other allied systems and would represent a security threat. The impending purchase has aggravated already-souring relations with Ankara, including tensions over the war in Syria.

"While the United States maintains global military superiority over Russia, evolving Russian capabilities threaten to erode our competitive military advantage, challenge our ability to operate uncontested in all domains and diminish our ability to deter Russian aggression," Scaparrotti said.

The S-400, a surface-to-air missile defense system, "presents a problem to all of our aircraft, but specifically the F-35," he added.

He added that the U.S. Navy has been sending ships closer and closer to Russia, including the Black Sea, which is angering officials in Moscow.

Scaparrotti's warnings echoed those made by Vice President Mike Pence last month at an international security conference in Munich. During his speech, Pence said the U.S. has "made it clear that we will not stand idly by while NATO allies purchase weapons from our adversaries.  We cannot ensure the defense of the West if our allies grow dependent on the East."

Both the United States and Russia pulled out of a major Cold War-era arms pact last month, one that had banned ground-launched cruise missiles with a range between 310 miles and 3,400 miles.