Maria Butina, who was deported to Russia last month after being convicted of being an agent for Moscow, has been offered a job with her nation's human rights commission to defend Russians imprisoned abroad.

“I invite you to work in our group defending compatriots abroad. I’m sure together we’ll be able to do a lot of good for people who’ve ended up in tough situations abroad,” Moskalkova said.

Maria Butina has been offered a job in Russia's Human Rights Commission. Butina was deported to Russia last month after serving nearly 18 months on a conspiracy charge in the United States for acting as a foreign agent. (Credit Image: © ITAR-TASS/ZUMAPRESS.com)

Butina has not said whether she will accept the offer. Moskalkova said Butina was also offered a position in Russia's lower parliament, the Duma.

The 31-year-old pleaded guilty in December to a conspiracy charge of acting as an agent for a foreign government. Federal prosecutors said Butina used contacts at the National Rifle Association (NRA) and the National Prayer Breakfast to develop relationships with U.S. politicians to gather information for Russia.

Moscow slammed the conviction and accused Washington of forcing Butina to confess. She was sentenced to 18 months in prison and quickly deported after her October release. 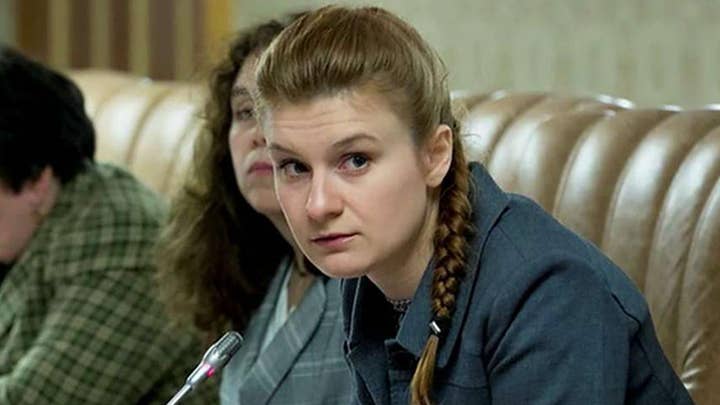 Should Butina accept Moskalkova's offer, she'll defend the rights of Russians jailed abroad, such as Konstantin Yaroshenko, who was sentenced to 20 years in the U.S. for conspiracy to smuggle cocaine.

Yaroshenko was arrested in Africa in 2010 and extradited to the U.S.

The case, among other issues, has strained American-Russian relations, with Moscow accusing the U.S. of hunting its citizens around the world, Reuters reported.