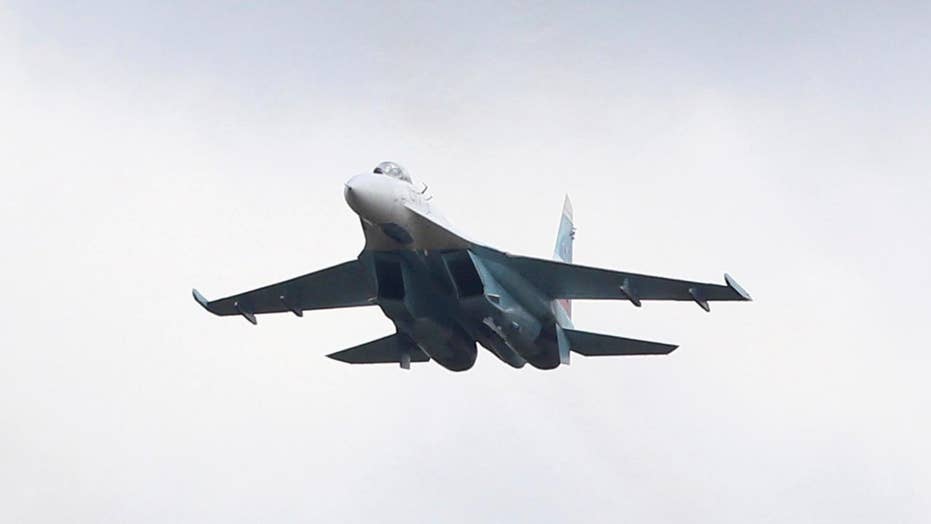 U.S. spokesman says the Navy pilot was flying legally in international airspace when the Russian jet cut directly through the plane's flight path.

A Russian fighter jet buzzed a U.S. Navy spy plane in the Black Sea on Monday, the first incident of its kind since a close encounter nearby in November.

The Navy EP-3 reconnaissance plane was flying in international airspace at the time, according to the Pentagon.

A Russian Su-27 jet came within five feet of the U.S. military plane “crossing directly through the EP-3’s flight path” and causing the Navy jet to fly through the Russian jet's wash.

The interaction lasted approximately two hours and 40 minutes, according to a statement from the Navy’s 6th Fleet, headquartered in Naples, Italy. A spokesman for the U.S. Navy did not know how long the “unsafe” portion of the intercept lasted. American and Russian jets routinely fly close to one another in the Black and Baltic Seas, but in a professional manner according to the Pentagon.

It's the first unsafe incident between the Russian and American jets since November. That incident also unfolded over the Black Sea.

“Unsafe actions‎ increase the risk of miscalculation and midair collisions,” the statement said. “The U.S. aircraft was operating in accordance with international law and did not provoke this Russian activity.”

The Pentagon has stepped up its reconnaissance flights in the Black Sea since 2014 when Russia took over Crimea under the guise of a military training exercise. The U.S. Navy also has sent more warships to the region.