FILE 2018: Concert Choir performs at the St. Isaac's Cathedral in St. Petersburg, Russia. A choir in the Russian city of St. Petersburg has drawn criticism for performing a satirical song about firing a missile on the United States from a Soviet nuclear submarine. (Roman Pimenov, Interpress photo agency via AP)

The Russian Orthodox Church expressed regret over a choir performance that featured a satirical Soviet-era song describing a nuclear attack on the United States in the midst of heightened tensions between Washington and Moscow.

The Feb. 23 performance by the St. Petersburg Concert Choir at the historic St. Isaac’s Cathedral attracted widespread attention after it was posted on social media.

"Choir performances are held regularly in St. Isaac's Cathedral, and the fact that appropriate music is performed is not a problem," the press office of the Petersburg metropolitan said on February 26, according to Radio Free Europe. "But this song performed by a fairly well-known choir, of course, is surprising. We regret that this happened in St. Petersburg, and particularly in St. Isaac's." 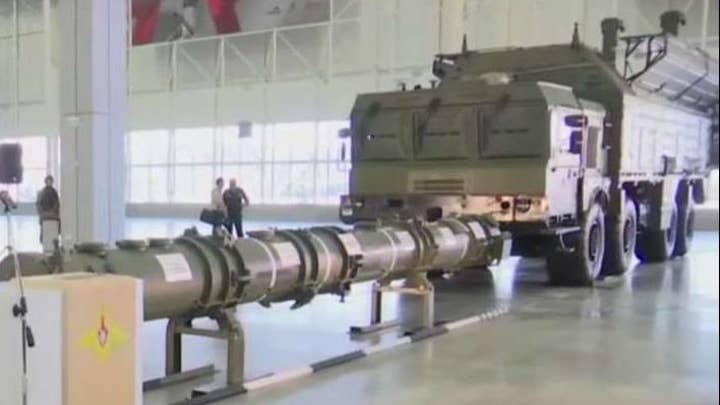 During its performance to mark Defending the Fatherland Day, the choir sang an untitled song from 1980 that described Soviet submariners and bomber pilots preparing to launch a nuclear strike at the U.S. “for three rubles.” The lyrics include the lines: "On a submarine with an atomic motor/ And with a dozen bombs of a hundred megatons / Crossed the Atlantic and I call on the gunner: / “Aim, I say, at the city of Washington!”

In a statement, the choir said it routinely performs songs as originally written and refuses to “rewrite lyrics for the sake of political correctness.” The song was performed as an encore, St. Isaac’s Cathedral said. It does not approve of the song.

Critics of the performance said that while the song is meant to mock the weapons buildup of two world superpowers, the satire may be lost on some amid the sharp rhetoric coming out of Moscow. the New York Times reported. 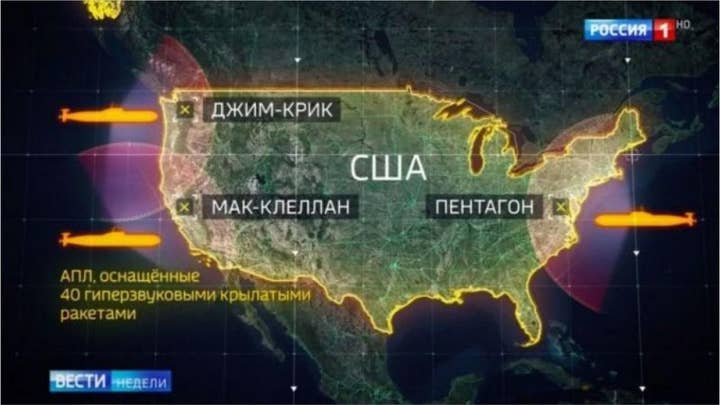 In his state of the nation speech last week, Russian President Vladimir Putin warned the U.S. not to deploy missiles to Europe, saying Russia would respond with new weaponry designed to reach targets quickly. That was followed by Dmitry Kiselyov, the Kremlin’s top propagandist, who displayed maps Sunday showing how Russian missiles could reach targets in the U.S.