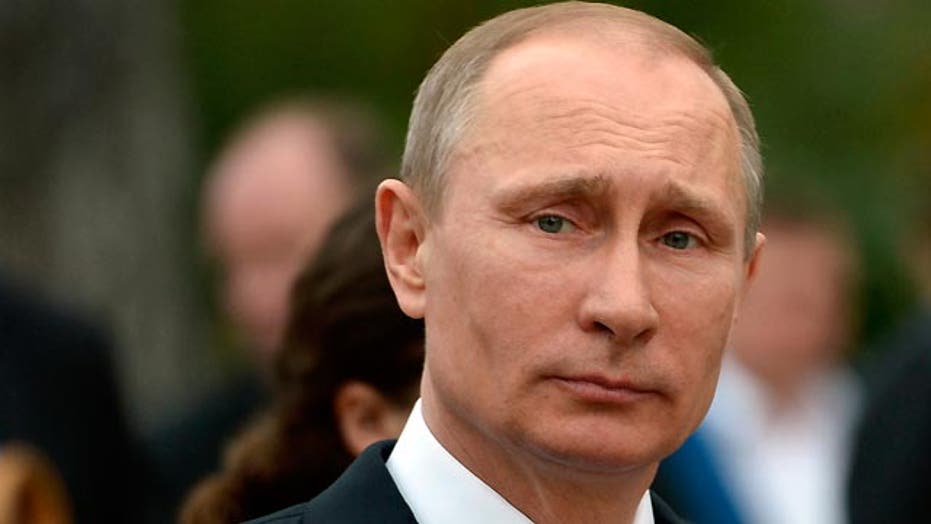 Russia warned the United States on Friday that any sanctions imposed on Moscow over its response to the crisis in Ukraine would "boomerang" back on the United States, as U.S. officials continued to explore ways to resolve the standoff diplomatically.

In a telephone conversation with Secretary of State John Kerry, Foreign Minister Sergei Lavrov warned that U.S. sanctions could "backfire" and urged the U.S. not to take "hasty, poorly thought-out steps that could harm Russian-U.S. relations," the Russian foreign ministry said in a statement.

"Sanctions...would inevitably hit the United States like a boomerang," the statement added, according to a Reuters report.

Heavier U.S. and European Union sanctions could sting Russia's already slow-growing economy and hurt its financial sector. But Moscow could retaliate and seize American and other foreign assets or cut exports of natural gas to Europe, which is heavily dependent on Russia for energy.

Meanwhile, Russian news agencies reported Saturday that Moscow is considering a freeze of U.S. military inspections in Russia in line with the New START nuclear arms reduction treaty and the 2011 Vienna agreement between Russia and NATO on confidence-building measures.

Agencies on Saturday carried a statement by an unidentified Defense Ministry official saying that Moscow sees Washington's decision to halt military cooperation with Russia as a reason to halt inspections.

The State Department said Friday that Kerry underscored to Lavrov the importance of finding a constructive way to resolve the situation diplomatically, which would address the interests of the people of Ukraine, Russia, and the international community. Kerry and Lavrov agreed to continue to consult in the days ahead.

President Obama on Thursday slapped new visa restrictions on Russian and other opponents of Ukraine's government in Kiev and authorized wider financial penalties against those involved in the military intervention or in stealing state assets. Obama emphasized his resolve in an hourlong telephone call with Russian President Vladimir Putin, affirming his contention that Russia's actions violate Ukraine's sovereignty.

Putin, who on Friday opened the Paralympic Games in Sochi, which have been boycotted by Western nations, said Ukraine's new, pro-Western authorities had acted illegitimately over the eastern, southeastern and Crimea regions, Reuters reported.

"Russia cannot ignore calls for help and it acts accordingly, in full compliance with international law," Putin was quoted as saying.

On Capitol Hill, both chambers of Congress looked to advance legislation imposing hard-hitting sanctions on Russia.

Obama hailed U.S. cooperation with the European Union, which on Thursday suspended talks with Putin's government on a wide-ranging economic agreement and on granting Russian citizens visa-free travel within the 28-nation bloc. But Europe's presidents and prime ministers remain divided on taking more drastic steps such as freezing assets and issuing travel bans on Russian officials.

Russian investors hold assets worth billions in European banks, particularly in Britain, which is highly protective of its financial sector, and major exporters such as Germany and the Netherlands have far more at stake than the United States in Russia's consumer economy.

China also showed caution, saying economic sanctions were not the best way to solve the crisis and avoiding comment on the referendum scheduled for March 16 to decide whether to become part of Russia, according to Reuters.

While Russia has expressed openness to international mediation, in an interview on Russian state television, Putin's spokesman, Dmitry Peskov, rejected calls for Russia and the new government in Kiev to use Western countries as mediators, The Washington Post reported.

“One can only smile at that,” he said.

Russia's Foreign Minister Sergey Lavrov said Saturday that Moscow sees no sense in having a dialogue with Ukraine's new authorities because, in his view, they kowtow to radical nationalists.

"The so-called interim government isn't independent, it depends, to our great regret, on radical nationalists who have seized power with arms," he said at a news conference.  He said that nationalist groups use "intimidation and terror" to control Ukraine.

In some ways, the debate over sanctions echoes the Cold War doctrine of military strategy in which if two opponents fired off nuclear weapons, both sides would be annihilated.

The State Department sought to allay fears that Europe might find itself short on Russian gas.

"We understand that European gas inventories are well-above normal levels, due to a milder than usual winter, and could replace a loss of Russian exports for several months, if necessary," spokeswoman Jen Psaki said. "Naturally, we take the energy security of our friends very seriously."

The Energy Department has given final approval to one of about two dozen proposed liquefied natural gas export terminals in the past two years. Five other projects have received conditional backing.

However, even if the Energy Department approved all the pending permits from companies seeking to export natural gas, fuel could not begin flowing overseas for several years. A project in Sabine Pass, La., is tentatively scheduled to open in late 2015, but most others are not expected to begin operations until 2017 or later.