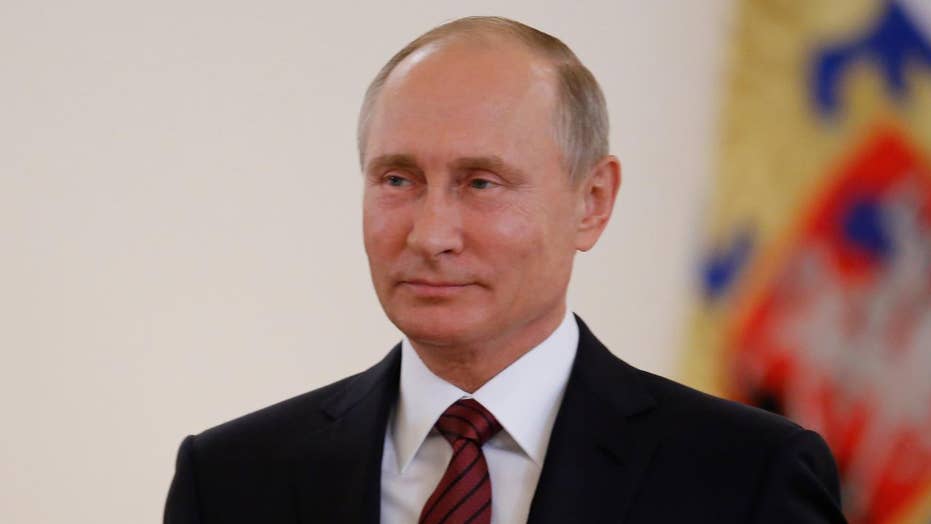 What does Russia hope to gain from election interference?

The latest in a string of saber-rattling announcements between the U.S. and Russia saw Moscow claiming it was within its rights to restrict the operations of U.S. media.

Russian officials have accused Washington of unfairly targeting the U.S. operations of RT, a Kremlin-funded broadcaster accused by some critics of interfering in domestic U.S. politics, according to a report from Reuters.

“We have never used Russian law in relation to foreign correspondents as a lever of pressure, or censorship, or some kind of political influence, never,” Maria Zakharova, the Foreign Ministry’s spokeswoman said in an interview with Russia’s NTV broadcaster. “But this is a particular case.”

Putin to expel 755 US diplomats, staff from Russia

She added, “Correspondingly, everything that Russian journalists and the RT station are subject to on U.S. soil, after we qualified it as restriction of their activities, we can apply similar measures to American journalists, American media here, on Russian territory.”

Last month, U.S. lawmakers forced the company that runs the U.S. version of RT to register with the Justice Department as a foreign agent, saying the firm dealt in Russian propaganda.

“Foreign propaganda dressed up as a legitimate news outlet is still foreign propaganda,” Rep. David N. Cicilline , D-R.I., said in the June announcement of the bipartisan bill. “In this era of social media and a 24/7 news cycle, the American people have a right to know when a hostile foreign government is sending propaganda right into their living room. This bill will help ensure that Vladimir Putin’s regime can’t spread fake news with such ease ever again.”

“I wonder how U.S. media outlets, which have no problems while working in Moscow, and that are not required to register as foreign agents, will treat this initiative,” Simonyan said.

Putin warns US, North Korea on verge of conflict

RT America was first singled out in January, in a report from inside the U.S. intelligence community about the potential impact that Russia had on the 2016 presidential elections, the Hill reported.

The report referred to RT America as a “state-run propaganda machine” that “has positioned itself as a domestic U.S channel and has deliberately sought to obscure any legal ties to the Russian Government.”