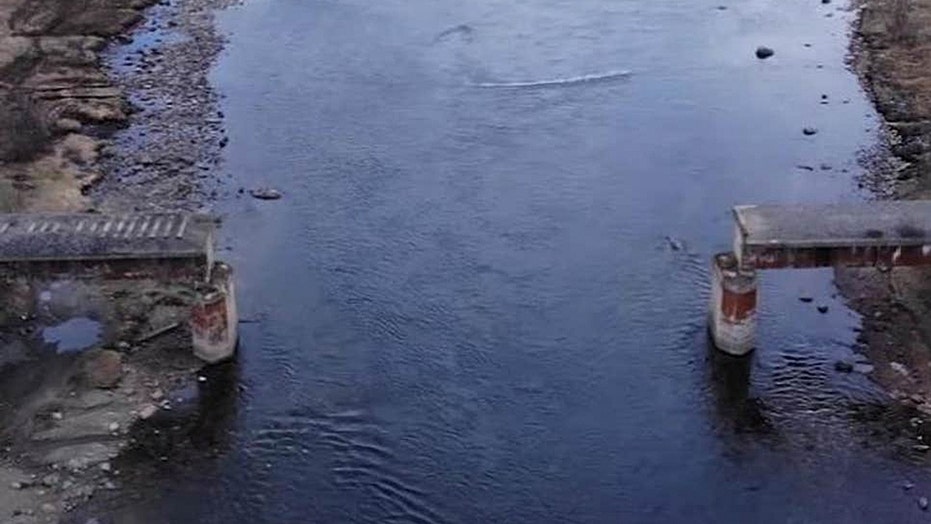 Authorities in Russia are investigating after a former railway bridge was broken apart by thieves who then allegedly stole central sections of the structure.

The bridge is located near Oktyabrskaya in Murmansk, which is near Finland, the BBC reported. The structure wasn't in use because areas of the city have been abandoned.

The bridge is located near Oktyabrskaya in Murmansk, Russia, which is near Finland. (Life.ru)

The thieves stole the central metal structure of the bridge, which weighed close to 56 tonnes and spanned more than 75 feet long, prosecutors in Kirovsk detailed in a news release on Tuesday. The theft of material is estimated at $9,000.

While the railway connected to the bridge had long been removed, the bridge was once used to transport rare earth elements from a neighboring plant, according to the report.

Locals noticed the disappearing bridge in May. Photos taken of the structure clearly show its entire middle section missing. Another bridge, located nearby, remains intact.

Scrap metal has long been attractive to thieves in Russia looking for money, according to the news outlet.