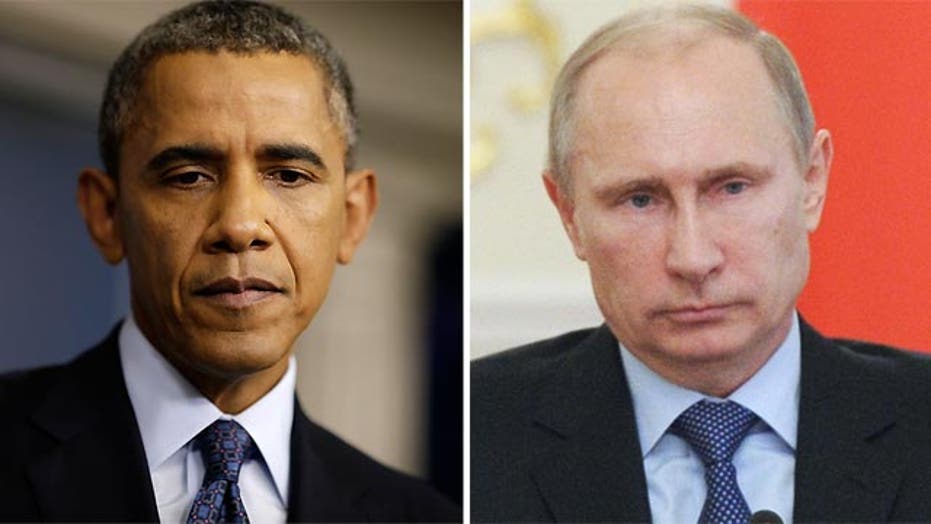 Ukraine on the verge of a 'historic change'

The official said that threats from U.S. and North Atlantic Treaty Organization directed toward Russia are perceived as "an unfriendly gesture" and allow the country "to declare force majeure conditions."

The official said that inspection of nuclear weapons is based on trust and Moscow can't have bilateral contacts with the U.S. as the latter has de facto announced sanctions against Russia.

Earlier this week Washington suspended military cooperation with Russia following dissent over the situation in Ukraine. U.S. President Barack Obama signed an executive order to impose sanctions against people who are destabilizing Ukraine and is restricting visas for people who are undermining democracy in the country. The U.S. has the flexibility to continue taking other steps to punish Russia, Mr. Obama said.

The West also condemned the Kremlin's signal that it is preparing to absorb Ukraine's Crimea region, welcoming its separatist leader to Moscow on Friday and endorsing his referendum drive. Crimea, a peninsula dominated by ethnic Russians, is planning a referendum on March 16 to ratify its decision to secede from Ukraine and join Russia.

Ukraine's new pro-Western government has denounced the referendum as illegal under the country's constitution.