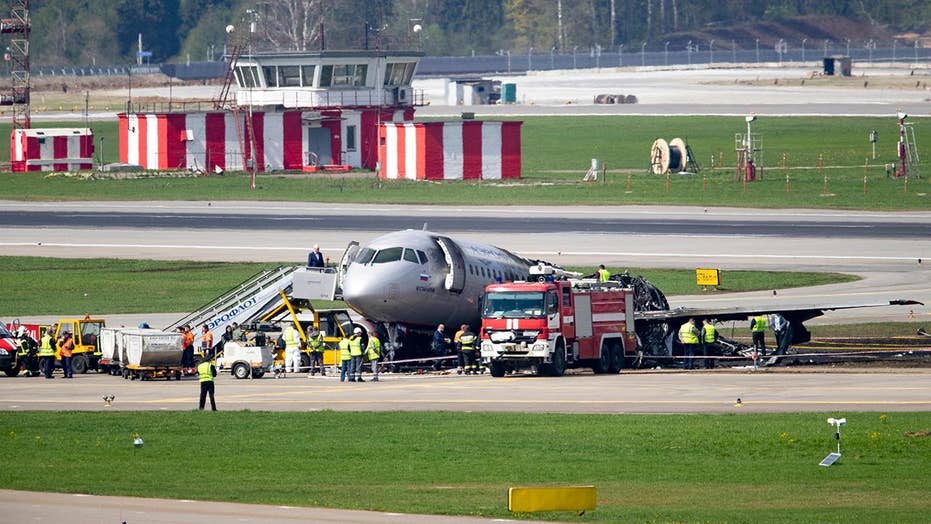 A recent Colorado College graduate traveling to northwest Russia to work as a fishing guide was one of 41 people killed Sunday when a Russian airliner made a hard emergency landing at a Moscow airport, igniting unburned fuel that consumed the aircraft.

Jeremy Brooks, 22, is believed to be the only American who died in the crash of the SSJ100 jet, which was bound for the northwestern city of Murmansk.

Brooks, of Santa Fe, N.M., graduated from the Colorado Springs school in 2018 with a degree in environmental science, Fox 31 reported. Ivan Valdez, the proprietor of the Reel Life fishing shop in Santa Fe, told reporters that Brooks had worked for him since he was 16.

"He just recently graduated ... and was looking to expand his horizons a little bit," Valdez told KOB.

In a post on The Reel Life's Facebook page, Valdez paid tribute to Brooks as "mature beyond his years and the ultimate people person."

"With a world filled with so much anger and hate, Jeremy would take you away from all of that," Valdez wrote. "I can remember all of our trips we have fished and guided together! You were like my son to me Jeremy!"

The Aeroflot plane was airborne for just 28 minutes after takeoff from Sheremetyevo airport before returning to make a landing laden with unburned fuel, investigators said.

Pilot Denis Evdokimov told Russian media that he followed procedures for landing with excess weight. However, the crew reportedly did not dump any fuel, which is common for flights that have to land soon after takeoff to prevent being overly heavy.

Evdokimov said the plane had lost radio communications because of a lightning strike, but it was not clear if that precipitated the emergency landing.

He added that he was not certain why the plane landed hard. Svetlana Petrenko, a spokeswoman for Russia's main investigative agency, told Russian news agencies that investigators were looking into three main possibilities behind the cause of the disaster: inexperienced pilots, equipment failure and bad weather.

Video showed flames bursting from the jet's underside as it touched down, then raging across the rear of the Sukhoi SSJ100's fuselage within seconds as the airliner bounced down the runway.

When the plane came to a halt, some of the people aboard plunged down inflatable slides deployed from the forward part of the plane.

Some of those who escaped were carrying luggage, raising concerns that grabbing their bags may have delayed an evacuation in which every second was critical.

"I do not know what to say about people who ran out with bags, "survivor Mikhail Savchenko wrote on Facebook. "God is their judge."