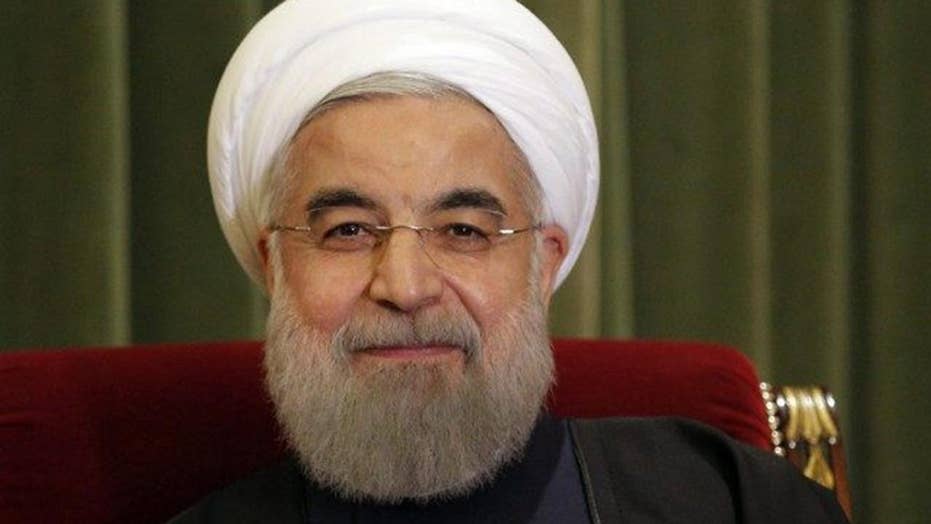 Some European leaders vow to stand by Iran nuclear deal

President Trump slams the agreement at the United Nations, calls it 'the worst'

As President Donald Trump considers whether to certify to Congress the controversial 2015 nuclear deal with Iran, word that the United Nations’ nuclear watchdog can’t verify a crucial part of the agreement could tip the scales with time running out by the middle of next month.

U.S. Ambassador to the U.N. Nikki Haley indicated Thursday that Russia was shielding Iran by blocking the International Atomic Energy Agency (IAEA) from verifying part of the deal. The IAEA initially revealed the news to a reporter in a Q&A. Meanwhile, under a requirement from Congress, Trump must choose whether to certify the deal by October 15.

Yukiya Amano, the IAEA Director General, told Reuters that his agency’s “tools are limited,” regarding verification of section T in the nuclear deal.

Section T of the Iran nuclear deal, which is also known as the Joint Comprehensive Plan of Action (JCPOA), prohibits activities related to “design and development” of a nuclear weapon.

Amano told Reuters that the Russians don’t believe the IAEA has a mandate for that particular section of the agreement.

In response to his admission, Haley, not referring to Russia by name in her statement, said that for the deal to have meaning, “the parties must have a common understanding of its terms.”

“Now it appears that some countries are attempting to shield Iran from even more inspections. Without inspections, the Iran deal is an empty promise,” she said in the statement released Thursday.

The United States Mission to the U.N. when asked for further comment on Haley’s views on certification and on whether the deal is failing because of Iranian noncompliance referred Fox News to Haley’s latest statement and a speech she made to the American Enterprise Institute (AEI) in Washington, D.C. in September.

Haley’s AEI speech was broadly interpreted as laying out the administration’s case for not certifying the Iran Nuclear deal.

Congress requires the president to certify the Iran deal every 90 days under the terms of the Iran Nuclear Agreement Review Act (INARA) — also known as the Corker-Cardin bill — that was passed in 2015, paving the way for the Iran nuclear deal, a cornerstone of the Obama administration’s foreign policy legacy.

David Albright, who has advised the IAEA in the past, is the founder and president of the Institute for Science and International Security in Washington D.C. He told Fox News that Russia’s not wanting to let the IAEA verify section T could be problematic.

“Amano basically said that the IAEA is not implementing the verification of section T and is unsure how to proceed. He wants guidance from the Joint Commission. However, Russia has said it does not want the IAEA to verify section T. If it sticks to that position in the Joint Commission and blocks instructions to the IAEA to proceed with verifying Section T, and the IAEA does not act on its own to verify Section T or find a work around, then the verification of the JCPOA is incomplete and the deal is not fully implemented,” he said.

“Full implementation is a requirement for the President to certify under INARA (Corker-Cardin). Lack of verification of Section T would also demonstrate that the deal does not deliver like promised and promoted by deal supporters,” Albright told Fox News.

Omri Ceren, a veteran Middle East expert and a leading critic of the Iran deal, said the IAEA’s inability to verify this part of it should make the president’s decision on certification simple.

“There’s no wiggle room here. The law requires the president to tell Congress yes or no, do we know if Iran has ‘fully implemented’ the deal? The U.N.’s nuclear watchdog just said they don’t know if Iran has implemented the section of the deal about nuclear weapons’ work, because Iran won’t let them into military bases where that work is likely to occur. Advocates of the Iran deal are saying the president should certify anyway. They’re asking him to lie to Congress on behalf of the deal,” Ceren said.

Trump recently hinted that he might not certify when the 90 days is up on October 15. Since taking office he has twice certified the deal as required by Congress.