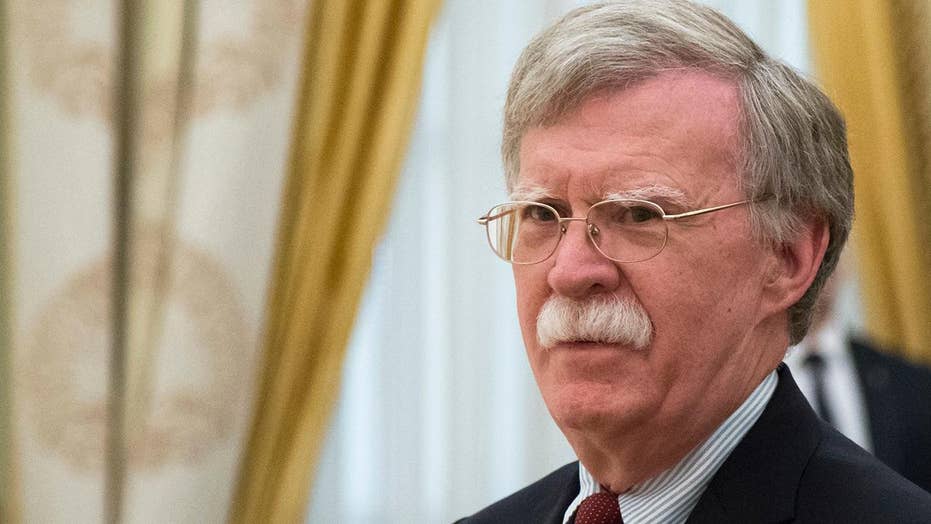 Bolton in Russia for talks on nuclear treaty

Trump announces intention to pull out of a 1987 nuclear treaty with Russia. Rich Edson has the latest from the State Department.

A sort of standoff may have been averted, or put off somewhat, but much remains to be seen. Russia’s Security Council Secretary, having met with his U.S. counterpart John Bolton in Moscow on Monday, said Russia is ready to work with the United States on issues regarding implementation of the arms control treaty.

They spoke of extending another key accord, the Start Treaty, set to expire in 2021, by five years.

But Russia’s reaction to President Trump’s announcement that he plans to withdraw from the INF (Intermediate-Range Nuclear Forces) Treaty was fierce. Various officials warned of a new arms race, unspecified reactions, and said the move would make the world a more dangerous place.

Early on Monday, Russia’s Foreign Minister Sergei Lavrov sounded the most measured of them all before Bolton’s meeting.

“Reading the tea leaves is not very efficient now,” he said. “We await the official explanations from our American colleagues. If John Bolton is ready to do this, of course we will listen to him and then assess the situation.”

But Russia knows why the U.S. President wants out.  He claims the Russians are not holding up their end of the deal.  They deny this is the case.

The INF Treaty was signed in 1987 by then-President Ronald Reagan and former Soviet leader Mikhail Gorbachev.  Gorbachev, who is now 87 years old, has said of Trump’s decision to quit the deal “was not the work of a great mind.”

The accord was considered a cornerstone of arms control back in the Cold War. By banning nuclear cruise missiles with ranges of between roughly 300 and 3,000 miles, it was meant to prevent the sort of hair-trigger moment proximity of such weapons could lead to.

President Trump has said Russia is violating the treaty by developing missiles outside that range.  And this is as much about China, which is not party to the treaty but which is producing weapons apace. 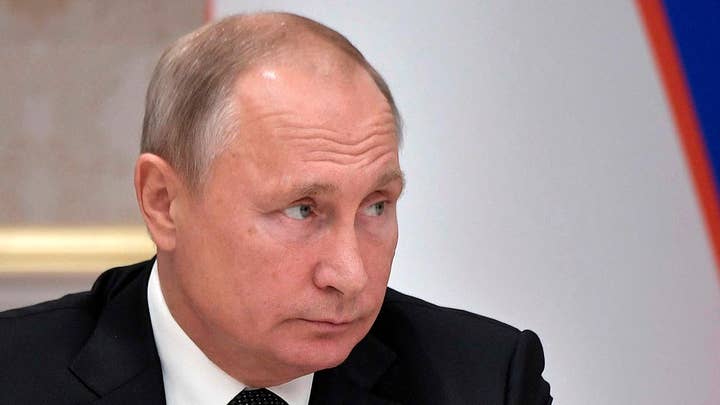 The world is no longer divided into spheres controlled by two superpowers. When the INF was signed, it was.

NATO also believes that Russia has been violating the INF for several years now. The military alliance feels strongly that the treaty remains vital and should be upheld.  But it also says Russia needs to answer some questions.

The British Defence Secretary Gavin Williamson said it backs President Trump’s decision and that Russia has “made a mockery” of the treaty with its behavior.

Back home though, not all in the president’s party are on board.

Sen. Rand Paul, R-Texas, on Fox News Sunday said, “It’s a big, big mistake to flippantly get out of this historic agreement. I’m all for trying to sign an agreement with China but that would have to be a brand new agreement. It’s no reason to end the agreement we have with Russia.”

Some observers worry that if the U.S. leaves the treaty, it will just give Russia carte blanche to develop more of these now-banned missiles. Russian President Vladimir Putin has been enthusiastically building up the Russian army for years.

In September, his troops carried out the “Vostok” war games together with China. These were the biggest games since the height of the Cold War. Then, back in March, he unveiled mostly animated images of a whole host of new weapons, including a new land-based intercontinental ballistic missile he claimed was entirely capable of evading missile defense.

Experts have cast some doubts on the viability of these weapons but not that the Russians are working on them.