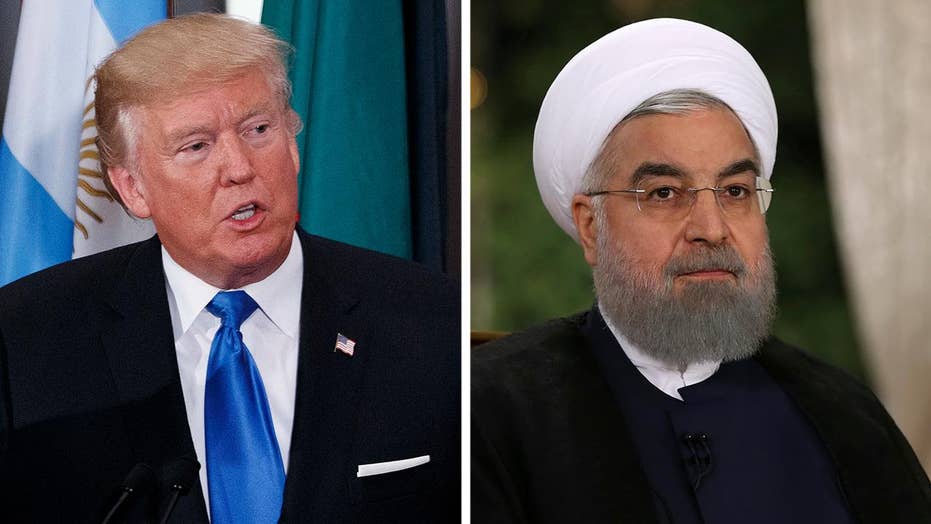 Iran's president insisted his country is living up to its side of the agreement and criticized Trump as a neophyte on foreign policy; John Roberts has the roundup on 'Special Report'

Iran will continue its missile program and is not in violation of international accords, President Hassan Rouhani said Sunday on state television, reports Reuters.

Rouhani spoke days after the U.S. House of Representatives voted for new sanctions against Iran’s ballistic missile program as part of an effort to clamp down on Tehran.

He also met the head of the United Nations nuclear watchdog in Tehran, who again vouched for Iran’s compliance with the 2015 accord that curbed its nuclear program in return for sanctions relief, which has drawn fire from President Donald Trump, who has called the agreement spearheaded by President Barack Obama the "worst deal."

The United States already has imposed unilateral sanctions on Iran, saying its missile tests violate a U.N. resolution that calls on Tehran not to undertake activities related to missiles capable of delivering nuclear weapons.

Iran denies seeking nuclear weapons and says it has no plans to build nuclear-capable missiles.

Reuters reports that Rouhani also criticized the United States over Trump’s refusal this month to formally certify that Tehran is complying with the accord on Iran’s nuclear program, even though international inspectors confirm that it is.

“You are disregarding past negotiations and agreements approved by the U.N. Security Council and expect others to negotiate with you?” said Rouhani, according to Reuters.

“Because of the behavior it has adopted, America should forget any future talks and agreement with other countries,” Rouhani added, referring to unnamed countries in East Asia, an apparent reference to North Korea.