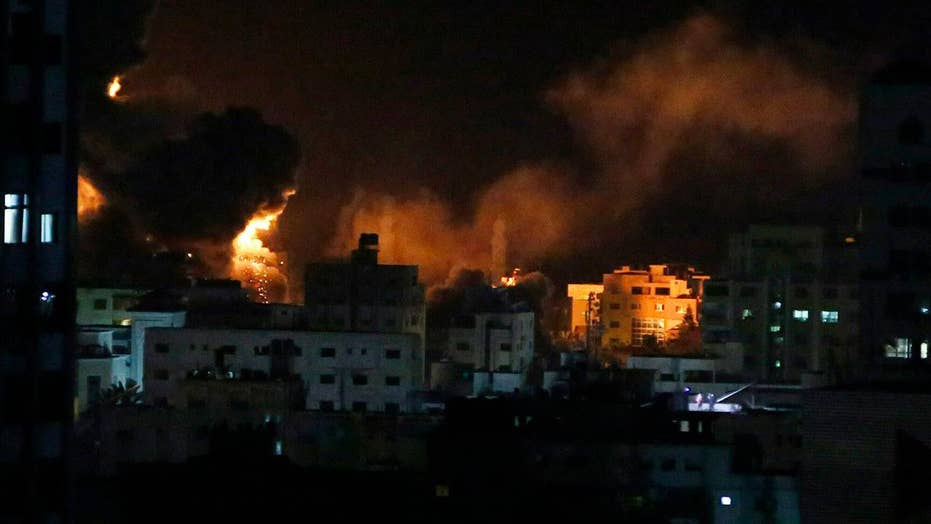 Could the flare-up between Israel and Hamas escalate into a larger conflict?

The Israeli army on Tuesday bombed several targets in the Gaza Strip as Palestinian militants responded with a new barrage of late-night rocket fire, demonstrating that a truce with Hamas rulers showed signs of unraveling.

Tuesday night’s airstrikes came in response to a lone rocket attack. The military said it hit a Hamas military compound and a weapons manufacturing warehouse in southern Gaza. Militants responded by firing another rocket. Israel said both projectiles landed harmlessly in open areas.

The violence, less than two weeks before Israel holds national elections, is likely to become a major theme in the final stretch of a tight reelection campaign for Prime Minister Benjamin Netanyahu, who indicated the election would not deter him from acting. 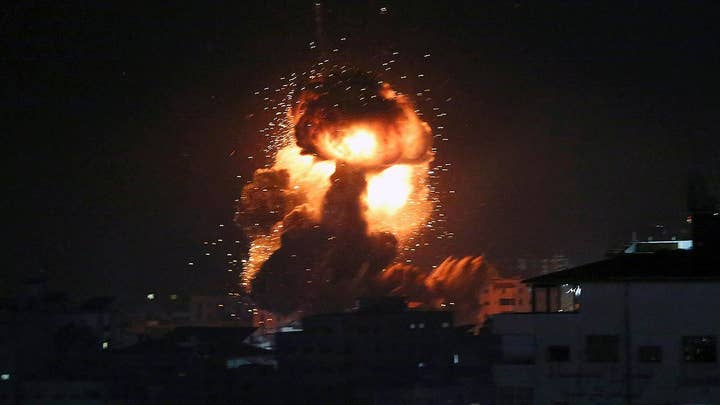 Netanyahu cut short a visit to the U.S. and rushed back to Israel on Tuesday to deal with the crisis. After meeting with Netanyahu, Israel’s military chief, Lt. Gen. Aviv Kohavi, ordered an additional troop buildup along the border.

Netanyahu had been scheduled to give a speech in Washington to the AIPAC pro-Israel lobbying group. Instead, he addressed the group by satellite, telling them that over the past 24 hours Israel had pounded militant sites in Gaza on a scale not seen since a 2014 war with Hamas.

NETANYAHU, ILHAN OMAR SPAR OVER ROLE OF AIPAC: 'IT'S NOT ABOUT THE BENJAMINS'

“I can tell you, we are prepared to do a lot more,” he said. “We will do what is necessary to defend our people and to defend our state.” 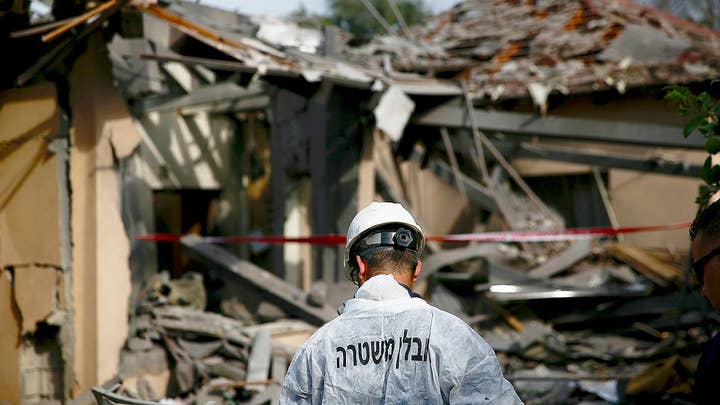 Israeli forces continued to strike targets Tuesday in the Gaza Strip after a rocket attack from the Palestinian territory. The Israeli army said at least 30 rockets were fired into Israel, and that it retaliated with at least 15 airstrikes.

Israel and Hamas are bitter enemies that have fought three wars and dozens of skirmishes since the Islamic militant group seized control of Gaza in 2007.

The latest round of violence was triggered by a rocket fired early Monday from Gaza that slammed into a house in central Israel and wounded seven people.