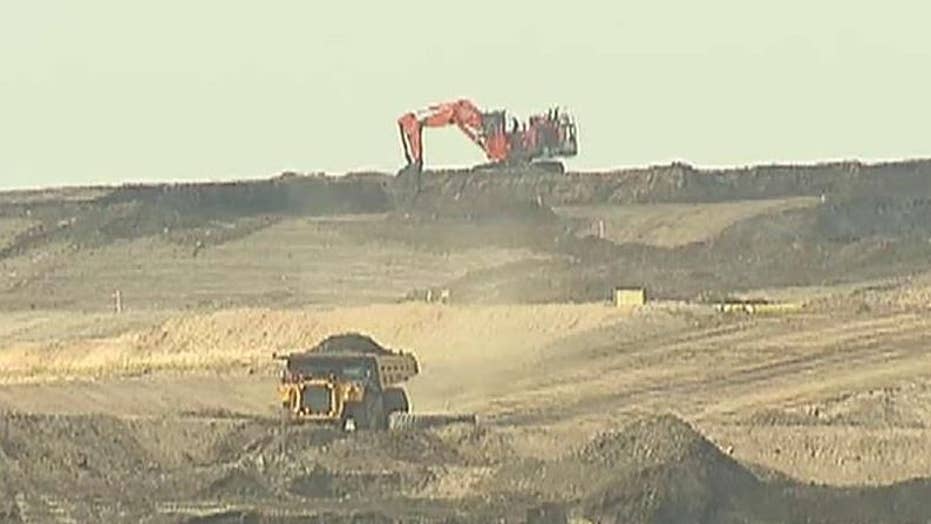 Oil industry to start up again after Canada wildfire

FORT MCMURRAY, Alberta – More than 80,000 residents who fled Canada's main oil sands town because of a massive wildfire could return home starting on June 1 if conditions are deemed to be safe, officials said Wednesday.

Premier Rachel Notley said the re-entry will be done in stages and will be voluntary and cautioned the date is preliminary. Those who live in the least damaged areas will be allowed in first.

Notley said schools will not reopen again until September and there will be a boil water advisory in effect for all of June.

More than 80,000 Fort McMurray residents were forced to evacuate more than two weeks ago. About 1,921 structures were destroyed in Fort McMurray, but 90 percent of the city remains intact, including essential infrastructure like the hospital, water treatment plant and the airport.

"Remember, many hazards remain in Fort McMurray," Notley said. "We need to address all of them before it is safe for residents to begin to return, and we are doing this."

The conditions to return include no threat of wildfire or from smoke. Basic emergency, medical and other services such as water, electricity and natural gas must be available.

She said hazardous areas within the community must also be made secure and local government must be re-established.

"If the five re-entry conditions are met we anticipate that residents on a voluntary and phased basis will be allowed to begin returning to Fort McMurray beginning Wednesday, June 1 with the return completed Wednesday June 15," she said.

Notley said if conditions change as they did this week the voluntary re-entry could begin later. Nearly 8,000 people were evacuated late Monday from oil sands work camps north of the city as the fire approached the camps. The fire destroyed at least one camp.

Notley noted the fire continues to "burn out of control" north of the city and is now 1,633 square miles (4,230 square kilometers) in size, more than six times the size of Toronto, Canada's largest city. That includes areas already burned and currently burning. She said cooler temperatures are expected and rain is expected later this week.

Notley warned evacuees that the community will only be able to provide basic services. She said people returning should bring with them what they need, including medications and groceries. And she said the city will not be suitable for everyone including people with breathing problems, late-term pregnant women and those undergoing cancer treatment. Areas destroyed will be fenced off but residents will be given an escorted tour.

Opposition leader Brian Jean, who represents Fort McMurray in the provincial legislature, lost his home in the fire. He said residents have been waiting for this information on when they can go home.

"We have seen the photos of our neighborhoods in ashes and I hope today will help all of us take a step back toward normalcy and recognize that we can move forward to a better life," he said

Northern Alberta is the heartland of Canada's oil sands industry and the effects of the enormous wildfire on the oil sector have prompted forecasters to trim their 2016 economic growth predictions for the entire country. The emergency forced nearby oil sands facilities to shut down.

The Alberta oil sands have the third-largest reserves of oil in the world behind Saudi Arabia and Venezuela. Its workers largely live in Fort McMurray, a former frontier outpost-turned-city whose residents come from all over Canada.