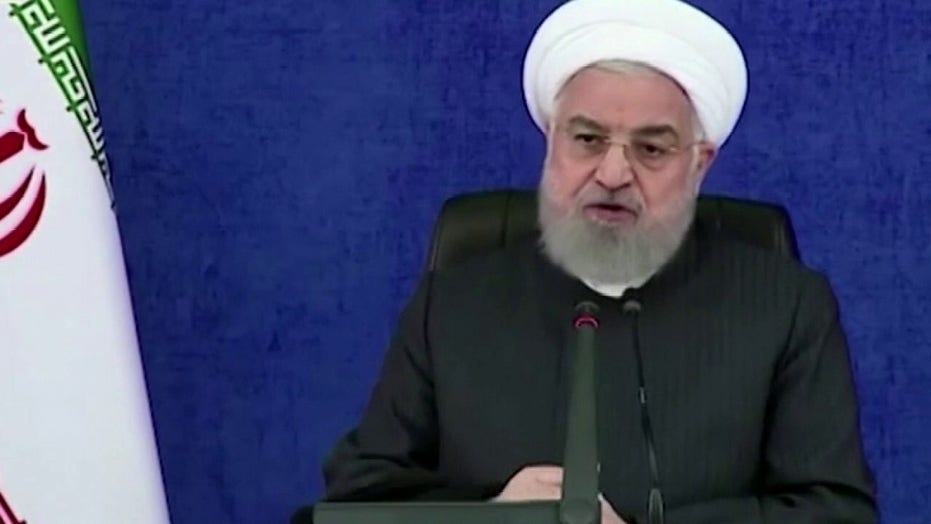 In an interview with Iran’s Resalat newspaper on Sunday, Russia’s ambassador to the country, Levan Jagarian, affirmed that he would have “no problem” selling the air defense systems as soon as the United Nations arms embargo on Iran expires Oct. 18.

Discussions over deepening their military cooperation -- which solidified throughout the long-running Syrian Civil War as Moscow and Tehran provided critical lifelines to the embattled Assad regime -- have gone on since the summer of 2019.

Russian officials said back then that they were open to selling the S-400 to Iran, which came as tensions between Tehran and Washington were fast escalating and many feared a U.S. strike could be imminent, but at that point Russia had not received an official request.

In this March 29, 2019, photo, a U.S. F-35A fighter jet prepares to land at Chungju Air Base in Chungju, South Korea. The White House says Turkey can no longer be part of the American F-35 fighter jet program. In a written statement, the White House said Wednesday that Turkey’s decision to buy the Russian S-400 air defense system “renders its continued involvement with the F-35 impossible.” (Kang Jong-min/Newsis via AP)

While state-owned Iranian media has routinely trumpeted the Russian defense shopping list as something of a slap-down to the U.S. “maximum pressure” campaign, the seller – Moscow – has remained mostly silent on any specifics, at least in the public sphere.

US SANCTIONS IRAN’S COURT SYSTEM OVER EXECUTION OF WRESTLER, OTHER ALLEGED ABUSES

However, Russian Foreign Minister Sergei Lavrov has made it clear in past statements that come the end of next week, there would be no limitations whatsoever on arms supplies to and from Iran.

The S-400 is largely deemed one of the most effective air-defense systems in operation and can engage targets at a distance of 250 miles and from altitudes of more than 98,000 feet. It first became operational by Russian forces in 2007.

Russian media have also illuminated the swell of other items, aside from the S-400, that Iran could potentially purchase as early as this month – from the Su-30SM fighter jets to the K-300P Bastion-P mobile defense missile system.

For its part, Washington has been feverishly purporting to put a stop to Iran being legally able to bolster its armory.

Last month, U.S. Secretary of State Mike Pompeo vowed the revival of “all previously terminated UN sanctions on Iran” and has purported to trigger the “snapback” mechanism, which was built into the 2015 “Iran deal” and would restore the full slate of sanctions prior to the agreement having been made.

U.S. officials have repeatedly emphasized that more weapons issued to Iran would further derail the entire region and spurn the proxy wars already underway in the likes of Yemen, Lebanon, Iraq and Syria.

Moreover, the U.S. has warned it will sanction any country that does not enforce the stringent sanction restrictions on Iran, but to date the United Nations has declined to take any further steps, and several other states – led by Russia and China – consider the U.S. demands to be erroneous.

“American adversaries increasingly understand the fault lines in our political system," noted Benham Ben Taleblu, a senior fellow at the Foundation for Defense of Democracies (FDD). "If no sale occurs immediately after mid-October – when the original arms embargo date lapses per the JCPOA – this can be chalked up to Russia and China choosing to wait out the Trump administration in the hopes of a different approach to Iran under a potential Biden administration.”

The Obama administration in January announced an agreement between the U.S. and Iran to settle a failed, decades-old arms deal that included Washington returning to Tehran $400 million and an additional $1.3 billion in interest. However, reports later revealed the initial $400 million was delivered on Jan. 17 -- the same day Tehran agreed to release four American prisoners. It was quickly decried as a ransom payment by Republicans. (Reuters)

He also cautioned that “Washington needs to keep its eyes peeled on jurisdictions Iran likes to go shopping in, such as East Asia or Central/Eastern Europe.”