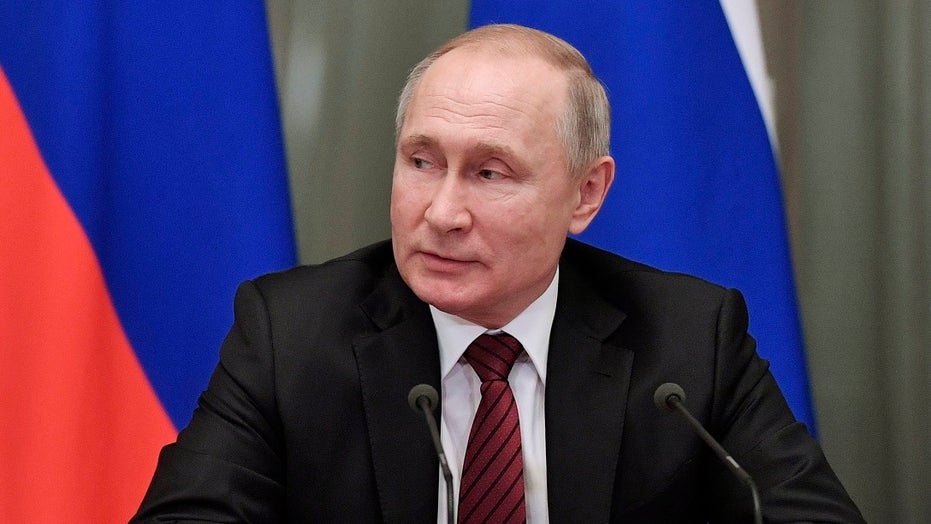 Russian President Vladimir Putin formed his new cabinet Tuesday, days after he fast-tracked sweeping reforms to the country's constitution that could keep him in power well past the end of his term in 2024.

Kolobkov was replaced with Oleg Matytsin, who served as president of the International University Sports Federation, which often works closely with Olympic sports bodies. His connections could be important as Russia appeals against a ban on its name and flag at events like the Olympics over doping-related issues.

PUTIN ENGINEERS LEADERSHIP SHAKEUP THAT COULD KEEP HIM IN POWER LONGER

Putin, 67, called the new cabinet "well-balanced" during a meeting with its new members.

“The most important tasks are to increase the well-being of our people and to strengthen our state and its global standing,” he said.

Putin sent a series of constitutional changes to parliament Monday and he argues they are intended to strengthen democracy. The proposed constitutional reforms indicated he was working to carve out a new governing position for himself after his current term, but it remains unclear what specific path he will take.

He suggested the constitution should give parliament a greater say over cabinet appointments and strengthen his presidential powers. Critics have denounced the move, which hasn't triggered public outrage.

He also suggested that the constitution must specify the authority of the State Council, an advisory body that consists of regional governors and top federal officials. Observers say that the proposed changes could allow him to stay in charge by shifting into the position of the State Council’s head.

Russian lawmakers work during a session at the Russian State Duma, the Lower House of the Russian Parliament in Moscow, Russia, on Tuesday. (AP Photo/Alexander Zemlianichenko)

Alexei Navalny, an opposition leader, tweeted that Putin's proposals reflected his intention to "rule until he dies."

The lower house, known as the State Duma, has scheduled the first of three readings on the bill for Thursday.