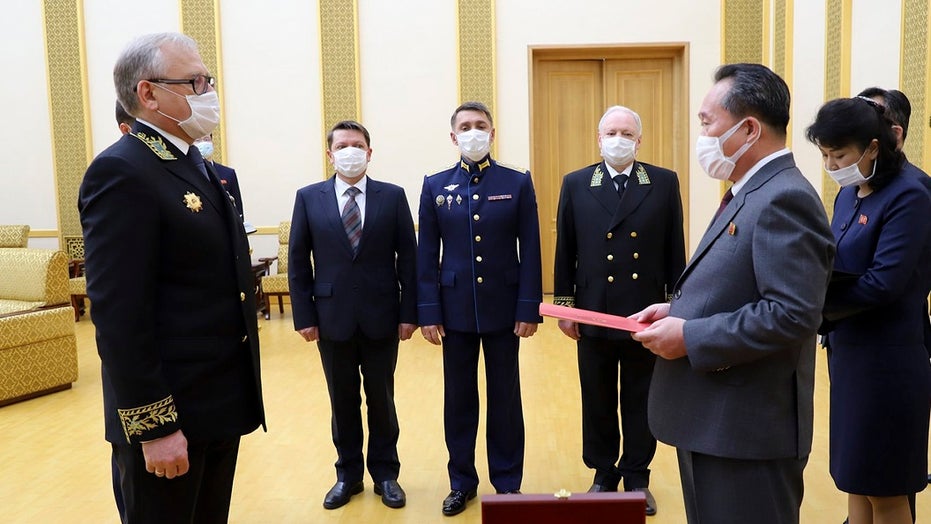 Kim was given the medal marking the 75th anniversary of the Red Army's victory over Nazi Germany, a statement from the Russian embassy in Pyongyang said. Russia recognized Kim's "great personal contribution to the memory of the victims of the Soviet citizens and caring for the safety of the graves and memory of the Soviet soldiers in the Korean People's Republic of Korea," the embassy said.

The award, titled "75 years of Victory in the Great Patriotic War of 1941-1945," was presented by Russia's ambassador to North Korea, Alexander Matsegora, to the Minister of Foreign Affairs of the North Korea, Ri Son-gwon. Kim was not present.

Russian and North Korean officials wore masks during the ceremony, despite the fact that the Hermit Kingdom has not reported a single COVID-19 case.

Russia’s state-run TASS news agency reported that 11 mass graves and 345 individual graves in North Korea contain the remains of 1,375 Soviet troops. More than 4,700 Soviet troops died in battles to liberate Korea from the Japanese in 1945, the outlet said.