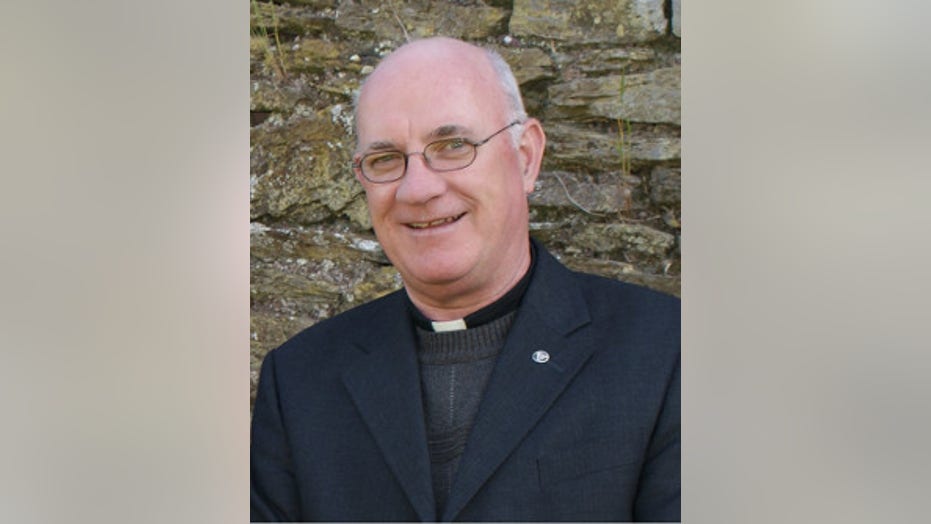 An outspoken Irish Catholic priest has unleashed his wrath on people bringing inappropriate items such as cans of beer or cigarettes to the altar during funeral masses.

Fr Tomás Walsh, of Gurranabraher parish near Cork, has written about the menace of unfitting gifts in the weekly parish newsletter.

THOMAS MCDANIELS: CELIBACY IS NOT THE REASON SOME CATHOLIC PRIESTS ARE SEXUALLY ABUSING KIDS

“Bringing things such as a can of beer, a packet of cigarettes, a remote control, a mobile phone, or a football jersey does not tell us anything uplifting about the person who has died,” he wrote, the Irish Independent reported.

“Bringing things such as a can of beer, a packet of cigarettes, a remote control, a mobile phone, or a football jersey does not tell us anything uplifting about the person who has died.”

“Surely items such as a flower, a family photograph, a prayer-book or rosary reveals far more about the person who has died — and the loss he/she is to the family who grieve,” he added.

Fr Walsh went on to complain about long-lasting eulogies at funerals that go on “for as long as the Mass itself, (and sometimes longer).”

He said in the newsletter that funeral mass is all about praying for the dead and shouldn’t be turned into something more than that.

“A Requiem Mass is essentially the coming- together of the family along with the believing community to pray for the person who has died. At the hour of death — as we begin the journey home to God and to judgement — we desperately need God’s mercy and forgiveness, no matter how edifying the life of the person may seem,” he wrote.”

CALIFORNIA PRIEST OUSTED AFTER CAR ACCIDENT REVEALS HE STOLE OVER $95,000 CASH FROM CHURCHGOERS

Fr Tomás Walsh, of Gurranabraher parish near Cork, has unleashed his wrath on people bringing inappropriate items such as cans of beer or cigarettes to the altar during funeral masses. (Church of the Ascension Roman Catholic Church)

“In the final hours of Pope John Paul II’s life on earth, in 2005, he was told of the immense multitude who were gathering outside in St Peter’s Square. In a barely audible voice, he begged that the gathering throngs of people would pray for him. That is the greatest gift we can give our dead — prayer.”

This isn’t the first time the Irish priest’s outspokenness made headlines. During an interview with The Echo earlier this year, he slammed parents who pick non-believers as godparents to their children.

He said that those godparents who had “no faith at all” and have “no intention in overseeing the child’s faith formation” are “lying in the face of God.”

“Even more outrageous is the presence of godparents who believe nothing themselves and are permitted to make promises to God that they will oversee the faith formation of the godchild,” he said.

He also criticized the failure of some people to act appropriately at the Church, saying “it is becoming increasingly impossible to conduct Baptism ceremonies with children running wildly around the church - and adults, obviously only present for the celebrations afterwards, not caring about the disturbance they or their children are causing.”

He added: “This is happening in every church in the country but ‘political correctness’ forbids one from speaking out.”