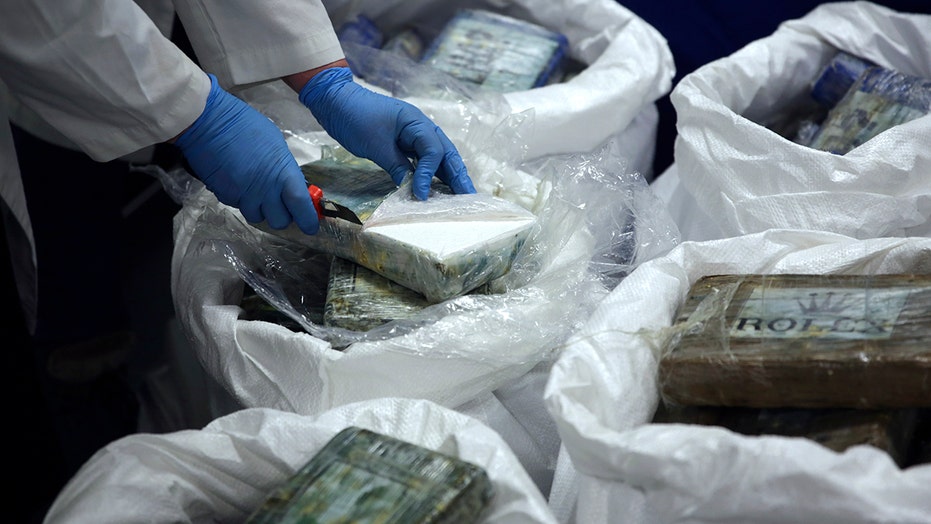 Police in Portugal uncovered a stash of highly pure cocaine with a street value of $33 million hidden inside a shipment of bananas from Latin America.

Detectives said the cocaine was recently found inside banana boxes in northern Portugal and was heading to other European countries. They did not give further details, citing the ongoing investigation.

Concealing cocaine in bananas from South America is a common practice among traffickers. Over the past year, authorities in the United States, China and Germany have found large quantities of cocaine hidden in such shipments.

A large supply of recently seized cocaine was displayed to the press at the Portuguese police headquarters in Lisbon on Wednesday. (AP Photo/Armando Franca)

Portugal is considered a “transit country” for the international trafficking of cocaine and hashish from Latin America, Morrocco and the Caribbean to other countries, especially in Europe, according to The Portugal News.

The country of 10 million citizens has also seen a 30 percent increase in deaths related to drug overdoses in 2019 over the previous year, the paper reported, citing data compiled by the Intervention Service in Addictive Behaviors and Dependencies and presented to parliament in November.

The data showed that of the 307 deaths where there was a presence of illicit substances, 49 were considered overdoses.